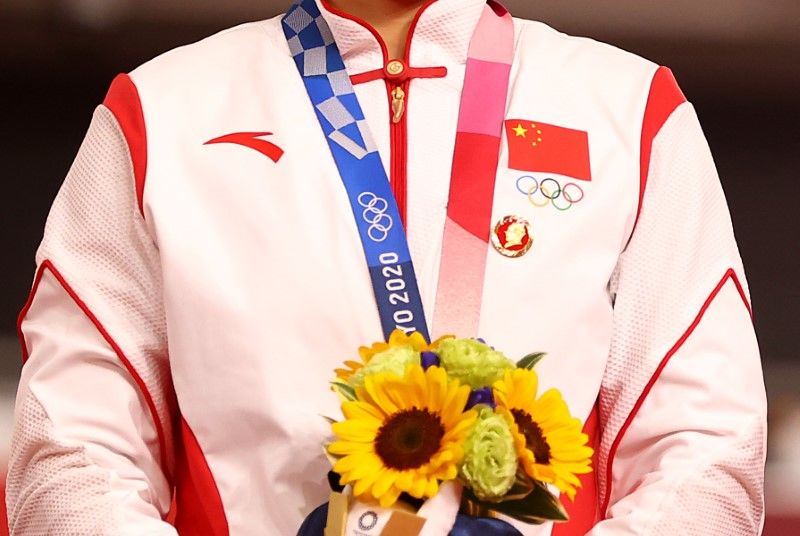 TOKYO (Reuters) - The IOC said it had issued a warning to the two Chinese cycling medallists who wore badges featuring the head of their country's former leader Mao Zedong at the Tokyo Olympics podium, breaching a rule on political gestures, and that the case was now closed.

"We have received a clarification and the athletes have been warned," Christian Klaue, IOC Director of Corporate Communications and Public Affairs, told reporters.

"We also received assurances that it will not happen again and with this the IOC considers this case closed."

The Tokyo Games end on Sunday.

Cyclists Bao Shanju and Zhong Tianshi wore the badges https://www.reuters.com/lifestyle/sports/ioc-asks-chinese-team-report-cyclists-mao-zedong-badges-2021-08-03 during a medal ceremony on Monday, in a breach of Rule 50 of the Olympic charter that prohibits the display of political paraphernalia on the podium.

The two athletes wore the badges, commonplace in China for half a century and often an identifier of Communist party membership, after retaining the women's cycling team sprint title at the Izu Velodrome.

While the IOC last month relaxed Rule 50 to allow gestures, such as taking the knee on the field of play provided athletes do so without disruption and with respect for fellow competitors, it has made clear that such gestures were not allowed on the podium.

Beijing will host the 2022 winter Olympics in February.