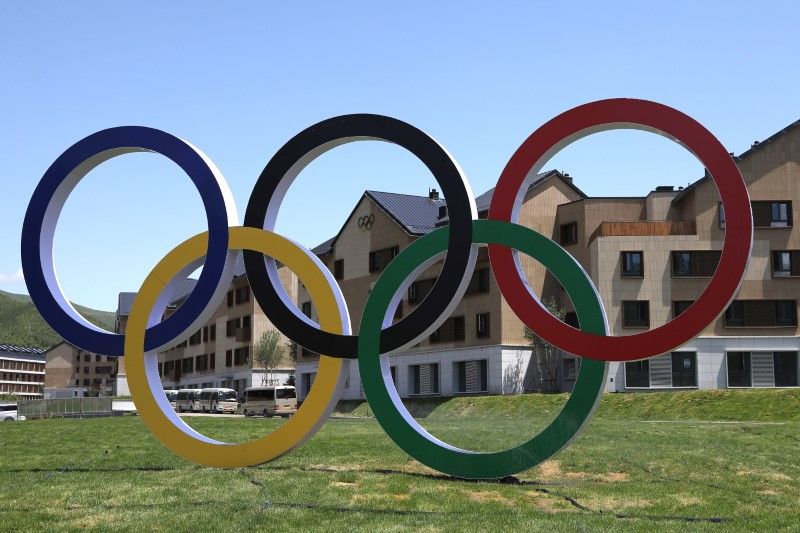 By Tim Kelly and Antoni Slodkowski

TOKYO (Reuters) - Before the Olympics began, Japan had feared that the 2020 Games, with thousands of officials, media and athletes descending on Tokyo in the middle of a pandemic, might spread COVID-19, introduce new variants and overwhelm the medical system.

But as the Games draw near their end, the infection numbers from inside the Olympic "bubble https://www.reuters.com/lifestyle/sports/tale-two-cities-bubble-tokyo-outside-2021-07-29" - a set of venues, hotels and the media centre to which those coming for the Games had been mostly confined - tell a different story.

Featuring more than 50,000 people, what amounted to possibly the largest global experiment of this kind since the pandemic began, appears to have largely worked, organisers and some scientists say, with only a sliver of those involved infected.

"Before the Olympics, I thought people would come to Japan with many variants and Tokyo would be a melting pot of viruses and some new variant would emerge in Tokyo," Kei Sato, a senior researcher at the University of Tokyo said.

"But there was no chance for the viruses to mutate."

The main reason for the low number of infections was a vaccination rate of more than 70% among the Olympians, organisers and the news media, daily testing, social distancing and a bar on domestic and international spectators, organisers say.

Brian McCloskey, the lead adviser on the "bubble" to Olympic organisers, said he would not point to any one specific measure that worked best.

"It comes as a package, it's the package that works most effectively and I think that will still be the message after these Games and is still the message irrespective of vaccinations," McCloskey said at a news conference on Saturday.

The organisers recorded 404 Games-related infections since July 1. They carried out close to 600,000 screening tests with the infection rate of 0.02%.

The situation inside the "bubble" stood in sharp contrast to outside, with a surge in infections fuelled by the Delta variant hitting daily records and for the first time crossing 5,000 in the host city, threatening to overwhelm Tokyo's hospitals.

In the bubble, reporters, during their two-week quarantine, had to report their temperature and condition daily and download a contact-tracing app. They were banned from public transport and masks at the media centre were required at all times.

There were no serious cases of COVID-19 in the Olympic village, said McCloskey, where more than 10,000 athletes stayed during the Games, sometimes two to a room.

While McCloskey said that more research needed to be done, he said that at present the experts' "belief" was that the infections among overseas visitors in the bubble were brought into the country, rather than occurring locally.

McCloskey echoed the Japanese Prime Minister Yoshihide Suga in saying that he did not think the Games contributed to the spike in infections in Tokyo.

He said that, "the closer anyone was to the athletes and to the interface between the international community and the domestic Japanese community the more they were tested".

"And it is that protection of the link between that interface, between the international and domestic, that gives us the confidence to say that there wasn't spread between the two," said McCloskey.

Some experts, such as Koji Wada, professor of public health at the International University of Health and Welfare in Tokyo, have said it was too early to draw conclusions on the direct impact of the Games on the spread of the virus in the city.

But Wada and others have said the Games have undermined public messaging, with authorities calling on people to stay home to avoid contact with others, while athletes screamed, hugged and patted each other on the backs during competitions.

Health data collected during the two weeks of the Games, including inside the athletes village, would be analysed and published so countries could use it to help plan their responses to the coronavirus, McCloskey said.