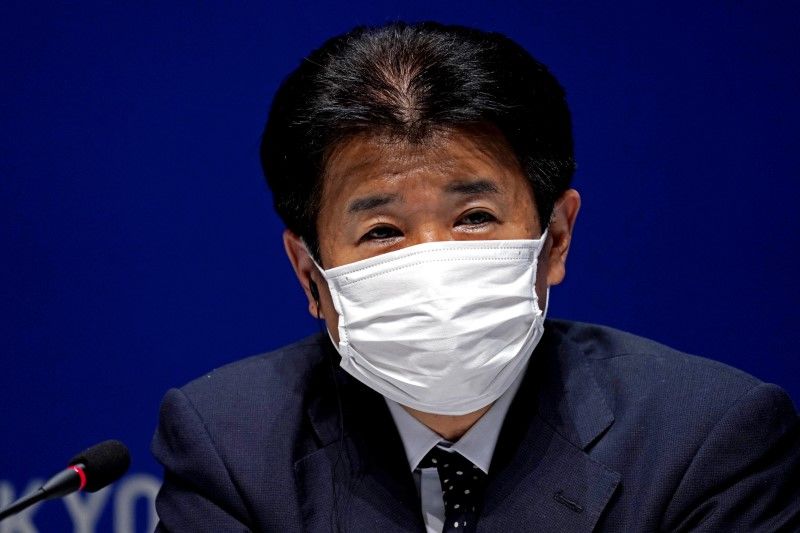 TOKYO (Reuters) - Tokyo Olympics organisers said on Saturday they have so far issued severe warnings to 16 individuals and revoked the accreditation of several people for breaking the Games' COVID-19 guidelines.

Hidemasa Nakamura, chief of Tokyo 2020's main operation centre, told reporters the accreditation of eight individuals had been revoked and those of another eight paused.

Though organisers did not provide details on the individual cases, they said each case was discussed with the International Olympic Committee and other relevant organisations.

"It was difficult to both carefully and speedily proceed, but I believe we have been successful (in enforcement)," said Nakamura.

The Tokyo 2020 Olympics is taking place as Japan is fighting a resurgence of the coronavirus, with cases reaching a grim milestone of one million on Friday, according to local media.

Athletes and other officials who have travelled to Japan to participate in the Games are tested frequently and are confined to their "bubble", which prevents them from interacting with the wider Japanese public and potentially spreading the virus.

The participants' adherence to the organisers "playbooks" - sets of guidelines to prevent the transmission of the virus - is of particular importance as Tokyo grapples with a spike in coronavirus cases.

Organisers and Japan's premier have both reiterated that the Games have not contributed to rising infections in the host city. A total of 404 Games-related COVID-19 cases have been reported since July 1.

Earlier in the Games, local media reported that two Georgian athletes had their accreditation stripped https://www.reuters.com/lifestyle/sports/accreditation-revoked-leaving-athletes-village-sightseeing-2021-07-31 after they left the athletes' village to go sightseeing.

On Friday, members of the Australian hockey team were reprimanded and https://jp.reuters.com/article/olympics-2020-australia-idCNL8N2PD31Visolated in their rooms after they left the village to buy two cases of beer, hours after they lost the final to Belgium.

Australia's team has also been linked to other issues.

The Australian Olympic Committee also said it would leave it to the country's rugby and football federations to investigate and punish a separate incident https://www.reuters.com/lifestyle/sports/drunken-australians-be-dealt-with-by-rugby-football-federations-aoc-2021-08-04 of players' drunken behaviour on a Japan Airlines flight home from Tokyo.