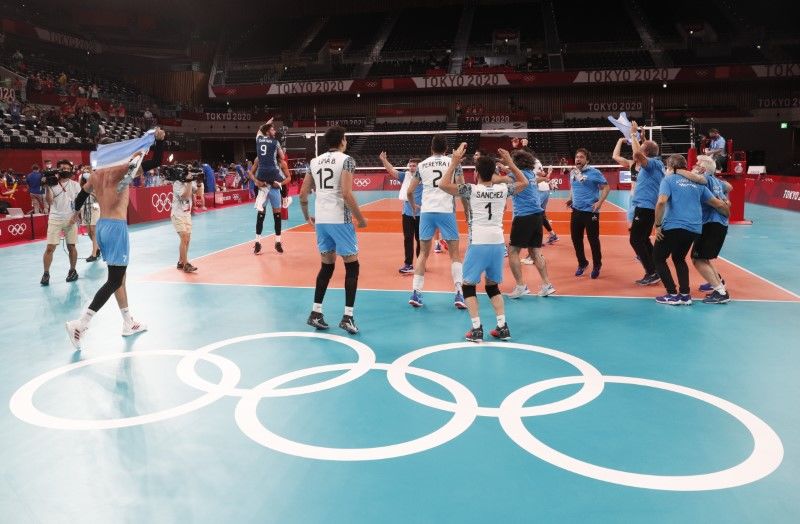 TOKYO (Reuters) - Argentina stunned 2016 gold medallists Brazil in a tense full-set match in the men's volleyball tournament on Saturday to take the bronze medal at the Tokyo Games, sending the world's top-ranked team home without an Olympic medal for the first time since 2000.

Argentina, who had made it to the semi-finals for the first time since 2000, recovered their rhythm from their disappointing straight-set loss to France on Thursday, with consistent attacks and powerful blocks.

Argentina also won the bronze at the Seoul 1988 Olympics.

The Russian Olympic Committee (ROC) and France were competing in the final later on Saturday.