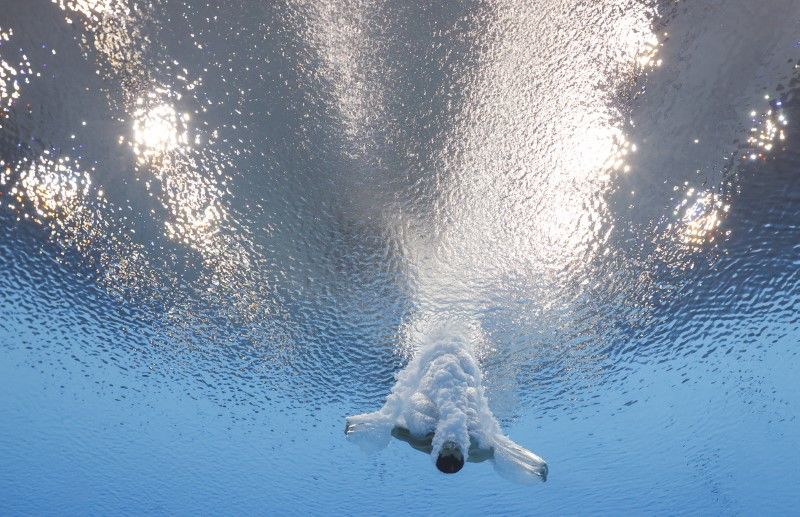 The 26-year-old Cao was sitting in third place at the end of the second round, but a series of near-perfect dives in the remaining rounds saw him surge past his rivals.

He won his first Tokyo gold after finishing with a total of 582.35 points.

Cao is the first athlete to win Olympic gold medals in three different diving events after claiming titles in the 10m synchronised at London 2012 and 3m individual at Rio 2016.

"I wanted to put the focus on myself and stay calm to make sure the next dive had no errors," he said on how he felt when he was in third place.

"I tried not to let what other divers did get into my head." he added.

"I have a little regret within myself that it is only a silver medal," the 27-year-old said. "But, overall I am satisfied with my performance."

Daley, who won the 10m synchronised gold with Matty Lee in Tokyo, was leading the competition at the end of the third round, but very small errors in his fourth dive let the Chinese divers get ahead of him. He finished third with 548.25 points.

"I am extremely happy to make it this far," he said. "I just tried to tell myself to have fun and enjoy it"

China continued to dominate the sport in Tokyo, as they won seven golds and five silvers. Britain claimed one gold and two bronze medals, with two silvers and a bronze for the United States.