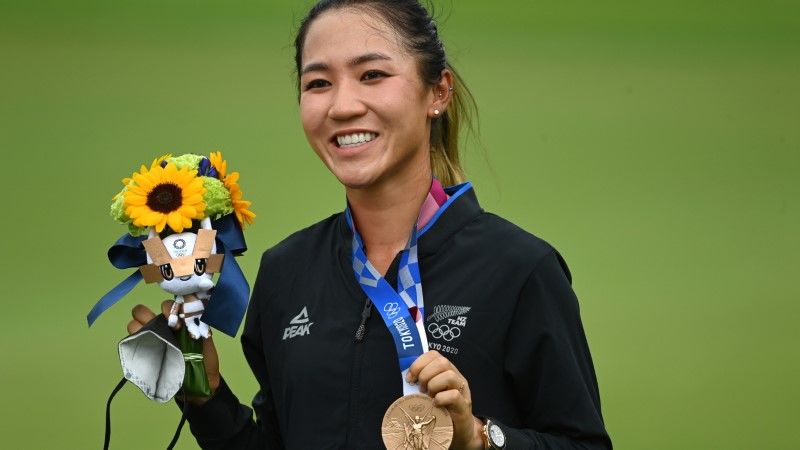 KAWAGOE, Japan (Reuters) - New Zealand's Lydia Ko became the first woman to claim multiple Olympic golf medals with her bronze at the Tokyo Games on Saturday and won hearts in Japan for her unwavering sportsmanship.

Five years after being the runner-up at the Rio Olympics, the South Korea-born Ko was edged for a second silver medal by Japan's Mone Inami in a playoff, with American Nelly Korda winning gold by a stroke. [L8N2PE04B]

Though competing fiercely, and at one stage grabbing a share of the lead with Korda, Ko applauded her rivals' good shots and bumped fists with them between holes.

When Inami just missed a long putt for birdie on the playoff hole, Ko looked genuinely disappointed for her, even though it would have meant the Japanese player winning the silver one shot sooner.

"I wish I could have brought a different colour medal but overall, just to be able to bring the medal to New Zealand, I hope everyone back home is proud," former world number one Ko told reporters after closing with a six-under 65.

"I’ve felt so much love and support for them, this is for New Zealand."

Ko was also feeling the love from South Korea, where her parents were watching her strong fourth-day challenge.

"Every time I go play in South Korea, I get so much love and support from them," said Ko, who moved to New Zealand as a child.

"Even though I am playing under the New Zealand flag, I feel very grateful that a lot of the South Koreans still support me.

"I think both cultures, they helped me to grow up to be the person that I am today and know I will never forget where I'm from and where my roots are."