By Sudipto Ganguly and Amy Tennery

India's Neeraj Chopra hurled the men's javelin 87.58 metres and launched himself into the history books as his overjoyed team mates and coaches watched from the stands devoid of fans because of COVID-19 restrictions.

"It feels unbelievable," Chopra said. "This is our first Olympic medal for a very long time, and in athletics it is the first time we have gold, so it's a proud moment for me and my country."

Team USA, thirsting for gold, claimed the 4x400 metres relay title with a decisive win, sparing them the ignominy of failing to get a title on the track for the first time in any Olympics they have entered in the Games' 125-year history.

The Americans won their 16th Olympic gold https://www.reuters.com/lifestyle/sports/basketball-us-beat-france-win-16th-mens-gold-2021-08-07 medal in men's basketball, but the Olympic hosts foiled their attempt to bring the title home to baseball's birthplace.

Japan's 2-0 win deprived the Americans of what would have been only their second gold https://www.reuters.com/article/olympics-2020-bsb/olympics-baseball-us-coach-who-won-gold-in-2000-wants-to-tell-old-mates-ive-got-two-idUSL1N2PD1DE in their national pastime.

Muneteka Murakami broke open a pitching duel with a homer to put the hosts ahead, and a U.S. throwing error enabled Tetsuto Yamada to score the second run.

In another first, karate's Olympic debut ended in uproar https://www.reuters.com/lifestyle/sports/karate-japan-loses-5th-competitor-kumite-contest-araga-still-2021-08-07 as Saudi Arabian Tareg Hamedi was disqualified for a high-kick to Sajad Ganjzadeh's neck, judged an illegal unchecked attack that gave the unconscious Iranian the gold.

Ganjzadeh and Hamedi hugged and posed for photographs at the medals ceremony. The winner said he was "happy about the gold medal but I'm sad that I had to win it like this," while Hamedi was unhappy with the decision but satisfied with how he fought.

A late burst in the women's marathon https://www.reuters.com/lifestyle/sports/athletics-kenyas-jepchirchir-wins-womens-marathon-gold-2021-08-06 propelled Peres Jepchirchir past compatriot and world record holder Brigid Kosgei as she secured Kenya's second consecutive gold medal in the event.

"It was wild," she said. The American called her family, who were "all screaming. I don't think we understood a word that anyone was saying, lots of yelling. All smiles, I just saw their Team USA gear. There was lots of shouting."

A flurry of boxing finals on the second-to-last day of the Tokyo Games featured unheralded Brazilian Hebert Sousa taking the middleweight gold with a stunning third-round knockout https://www.reuters.com/lifestyle/sports/boxing-yafai-wins-britains-first-boxing-gold-tokyo-games-2021-08-07.

The American basketball victory over France, their fourth consecutive gold, was a comeback from two straight exhibition game losses and a shock defeat in the preliminary round.

Kevin Durant led Team USA with 29 points before the biggest crowd of the Games, which are bereft of fans at almost all events because of a COVID-19 surge that is prompting widening states of emergency in Japan. Athletes, officials, media and volunteers, in place of fans, filled half of the bottom bowl of seats.

In Sapporo in Japan's far north, where the heat was only slightly less oppressive than in Tokyo, Jepchirchir broke away from Kosgei, one of the favourites, at around 40km to win in 2:27:20.

"I said, wow, I'm going to make it. So I pushed the pace because I knew I was going to win," Jepchirchir said. "I'm happy for my family, happy for my country Kenya for supporting us."

In golf, Korda's tense, one-stroke victory completed a U.S. sweep after Xander Schauffele won the men's event, and secured another glittering prize for a royal family of sport.

Korda's sister Jessica, who tied for 15th, gave the winner a hug on the green. The gold adds to father Petr's Australian Open tennis trophy, while younger brother Sebastian is a title-winner on the ATP tennis tour at the age of 21.

Ko's countrywoman Carrington could not add to her six medals over the past two Games or become the first athlete to win four canoe sprint medals at a single Olympics.

In boxing, Brazilian Sousa burst into wild celebration after knocking out Ukraine's Oleksandr Khyzhniak with a fierce left, turning around a fight he had all but lost to win Brazil's second-ever Games gold in the sport.

Sousa fell to his knees, screaming, and his team rejoiced as Khyzhniak staggered to his feet and demanded the fight continue.

Britain's Galal Yafai and Bulgaria's Stoyka Zhelyazkova Krasteva won the first boxing golds at the Tokyo Games for their countries after dominant displays in their flyweight finals. 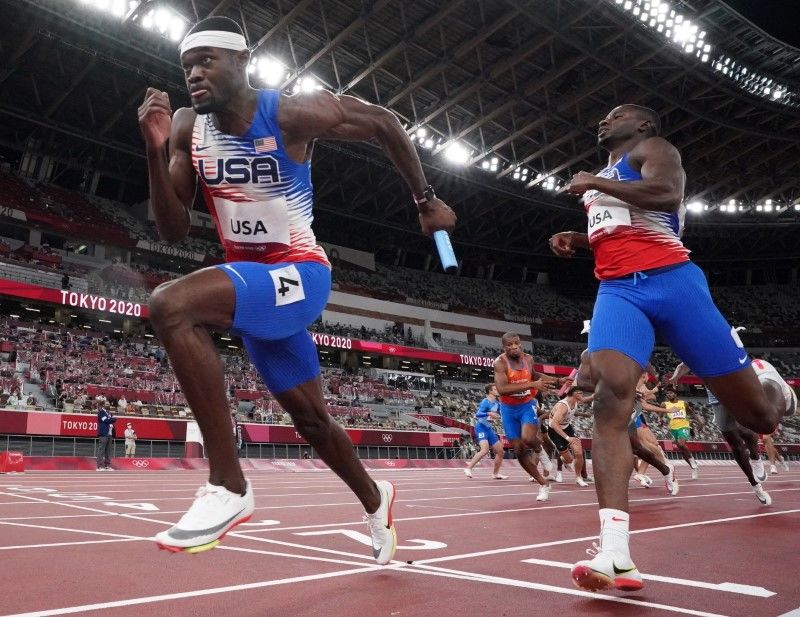 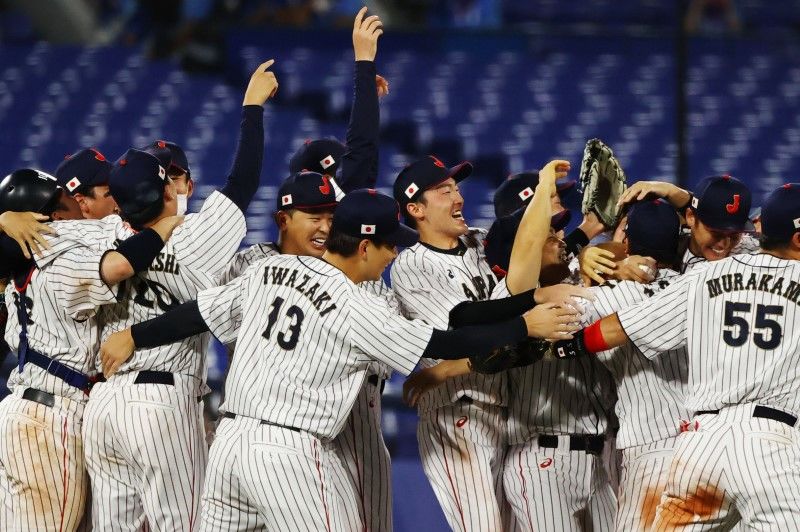 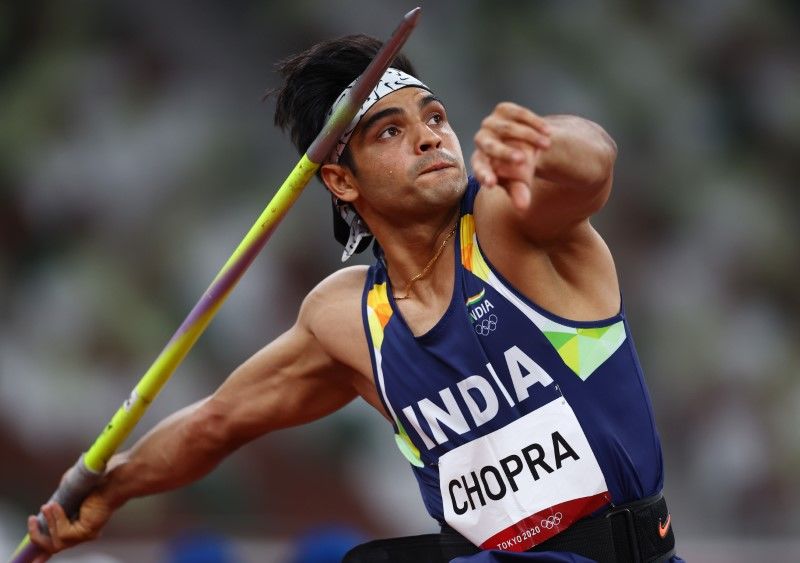 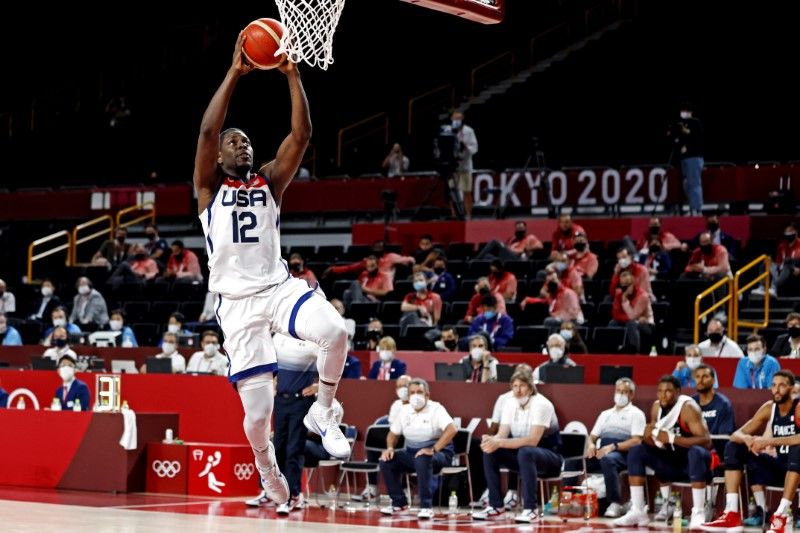 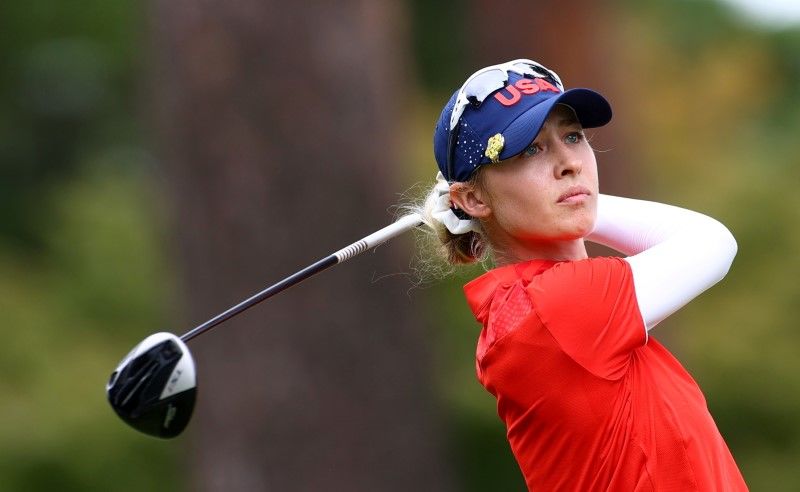