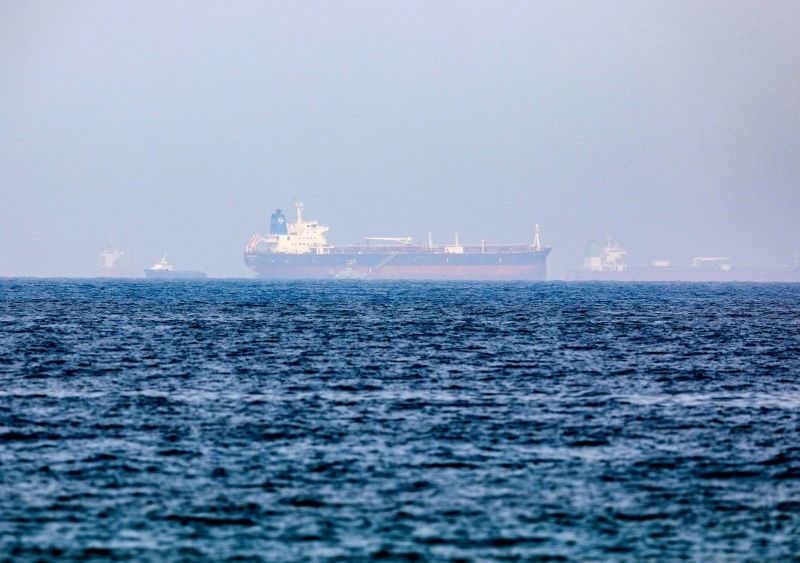 DUBAI (Reuters) -Iran on Saturday rejected as psychological warfare accusations that it was behind a deadly attack on a tanker off Oman's coast, and said Tehran sought to enhance the security of the strategic Gulf waterway.

Foreign ministers from the Group of Seven wealthy economies said on Friday Iran was threatening international peace and security and that all available evidence showed it was behind the attack on the Mercer Street tanker last week.

"If we were to confront enemies...we would declare it openly, so the recent storytelling by the enemies is a psychological operation," state media quoted Abolfazl Shekarchi, Iran's senior armed forces spokesman, as saying.

"It is noteworthy that this incident was stage-set to occur days before the inauguration of Iran's new president," Khatibzadeh said.

The suspected drone attack killed two crew members - a Briton and a Romanian - near the mouth of the Gulf, a key oil shipping route.

"Contrary to the strategy of the United States, Britain and the Zionist regime (Israel), which aim to create insecurity ...and Iranophobia, Iran's strategy is to strengthen security in the Persian Gulf," Shekarchi said.

The U.S. military said explosives experts from the Ronald Reagan aircraft carrier - which deployed to assist the Mercer Street - concluded the drone was produced in Iran.

But Shekarchi said: "The Americans say they recovered parts of Iranian drones from the water....but in which laboratory was this evidence identified as belonging to Iran?," the Iranian state news agency IRNA reported.

"Preparing forged evidence is not a difficult task as the Zionists excel at preparing forged documents," Shekarchi said, suggesting Israel may have been behind the attack.

Despite Iran's denials, Britain, the United States and others have criticised Tehran for the attack. Britain raised the issue at a closed-door meeting of the United Nations Security Council.

Iran's deputy U.N. Ambassador Zahra Ershadi rejected the accusations and warned against any retaliation: "Iran will not hesitate to defend itself and secure its national interests."