TOKYO (Reuters) -The final bout of karate's historic debut at the Olympics ended in uproar on Saturday when Saudi Arabian Tareg Hamedi's high-kick to Sajad Ganjzadeh's neck saw him disqualified and his motionless Iranian opponent awarded the gold medal.

Hardly a minute in, Hamedi looked dominant, having scored a three-point "ippon" in the ninth second and he was leading 4-1 before the bout came to an abrupt end.

Hamedi's final kick sent Ganjzadeh to the tatami and the Saudi into celebration mode before the mood in the Nippon Budokan arena turned. Medics rushed to Ganjzadeh's side, placing an oxygen mask on the Iranian and removing him on a stretcher.

After a few minutes of discussion among the officials on the sidelines, the referee called the match for Ganjzadeh by disqualifying Hamedi for an unchecked attack, which is not allowed under karate's Olympic rules.

Ganjzadeh returned later for the medal ceremony, walking normally. Both he and Hamedi were expressionless as they stepped up to the podium and collected their medals.

They appeared to harbour no hard feelings towards each other, however, as they hugged and posed for photographs together.

"I'm happy about the gold medal but I'm sad that I had to win it like this," Ganjzadeh told a news conference.

Hamedi took the loss in his stride, saying he was unhappy with the judge's decision but satisfied with how he fought.

The women's gold medal in the +61kg category went to Egypt's Feryal Abdelaziz, who won only her country's second gold medal since 1948 by beating Azerbaijan's Iryna Zaretska in the final. Kazakhstan's Sofya Berultseva and China's Gong Li took the bronzes.

Ganjzadeh was the second karate-ka on Saturday to be carried away on a stretcher.

Germany's gold-medal hopeful Jonathan Horne suffered a mid-bout injury during the elimination round that left him writhing and screaming in agony and unable to rise from the tatami.

The German Olympic Sports Confederation press officer Michael Schirp said Horne had suffered an elbow injury that would be examined further in hospital. The extent of the damage was still unknown, he said.

Horne, the reigning world champion in the +84kg class, had 20 seconds left in his match.

Earlier in the women's +61kg category contest, Italian Silvia Semeraro's head was bandaged up while venue staff replaced the tatami panels stained with her blood. 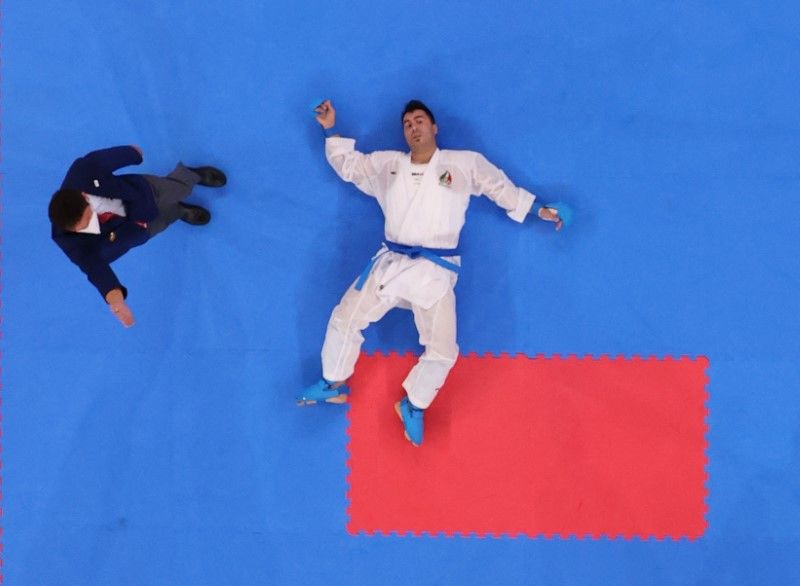 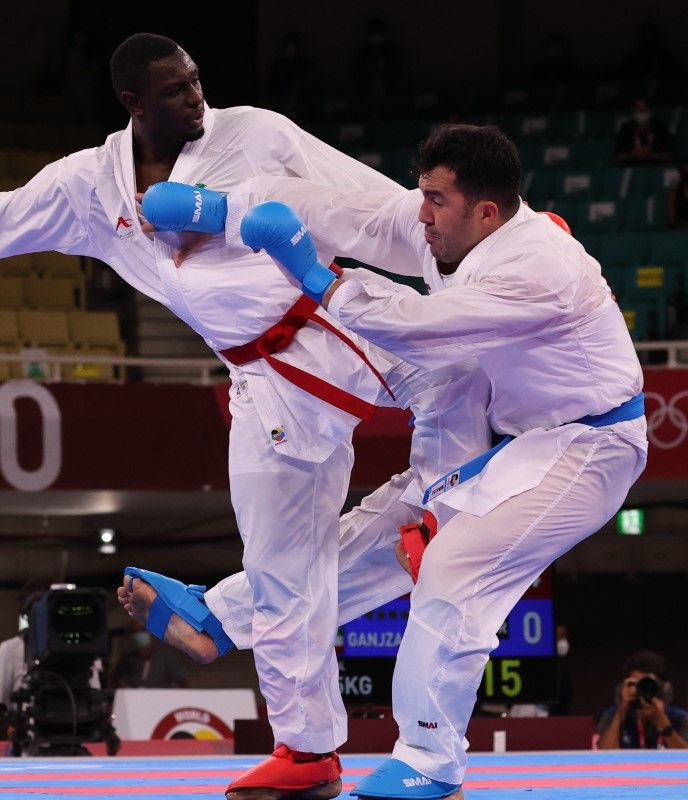 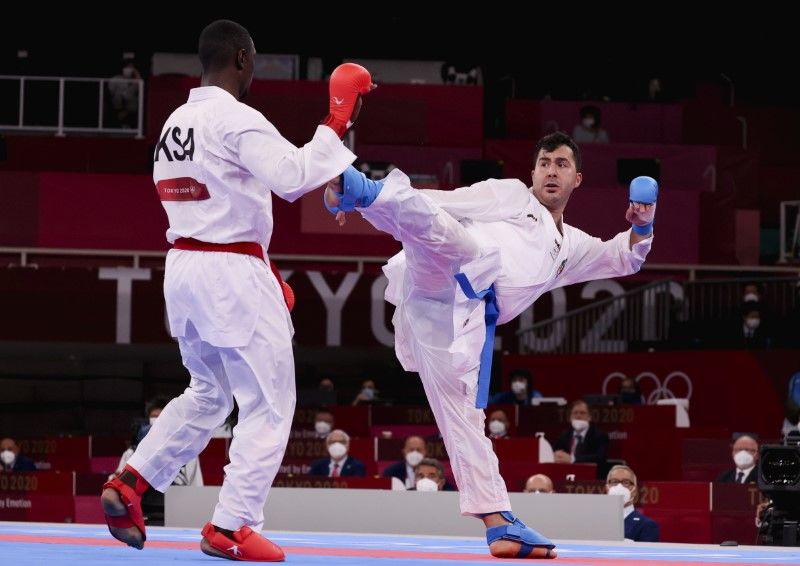 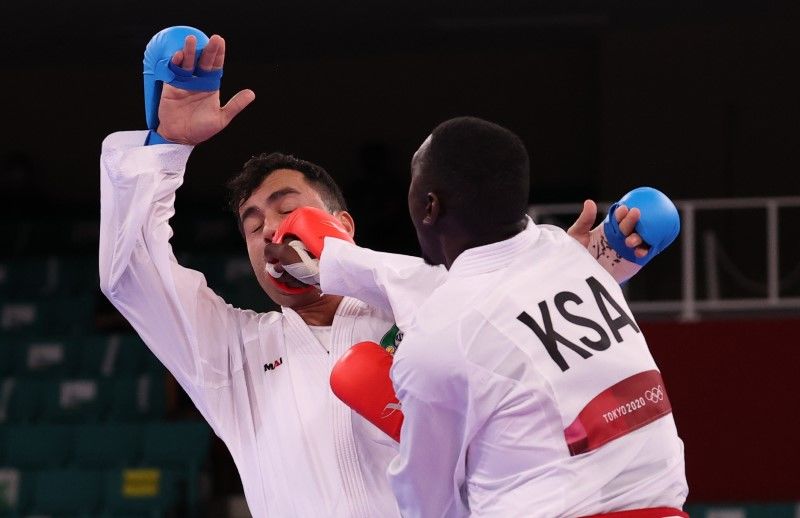 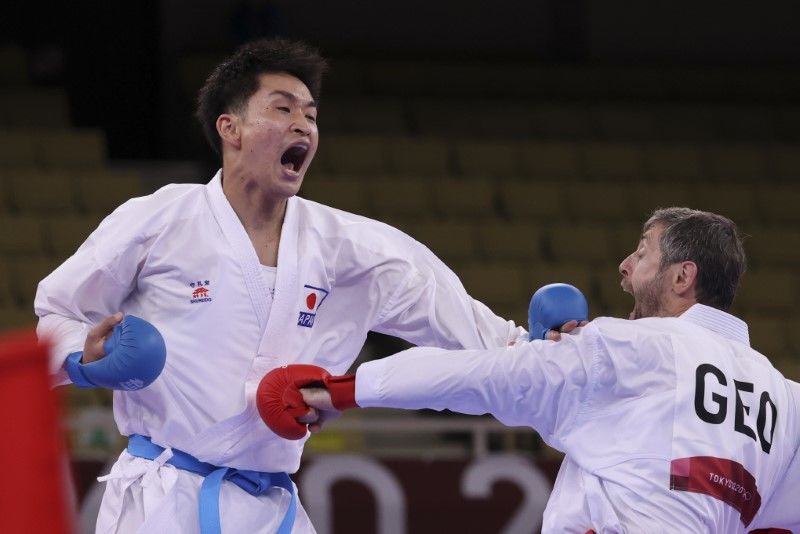