TOKYO (Reuters) -Dutchwoman Sifan Hassan secured a second title and third medal at the Tokyo Olympics on Saturday, showing her blistering pace down the home straight to win the women's 10,000 metres.

"I'm so happy and I cried during the medal ceremony," Hassan said. "I actually realised that I'm done, the Games are over.

"It's not about how strong I am but how strong are the ladies I challenge. Now I'm happy, I'm done, it's over."

The women's 10,000m was one of the most highly-anticipated events of the Games with the world's all-time top two athletes - Hassan and Gidey - going head-to-head at the Olympic Stadium.

Two days later, however, the 23-year-old Gidey chopped a further five seconds off the mark when she clocked 29:01.03 on the same track at the Ethiopian trials.

The pair had only clashed once before over the 25-lap race at the 2019 world championships where Hassan beat Gidey to gold.

Gidey, who also holds the world record in 5,000m, came into the race with fresh legs, having decided to only contest the 10,000m in Tokyo.

Japan's Ririka Hironaka led for the first six laps before Gidey made her move followed by a pack of three Kenyans and the Ethiopian stayed ahead for most of the last seven kilometres.

Hassan tucked in behind the leaders and with about 3,000m remaining she increased her pace to move into second spot.

Despite running three races in Tokyo's searing heat and humidity in the last few days, Hassan managed to find an even higher gear before the final turn to surge past Gidey and cross the line in 29:55.32.

"We women are very capable, we are a lot stronger," she said. "If you want it, you are strong and you can do it. People can do it. It is for everyone."

Gezahegne, also Ethiopian-born, held her pace in the closing stages as Gidey faded after trying to make her way past a back-marker.

Gezahegne clinched silver in 29:56.18 with Gidey finishing more than five seconds behind her to take the bronze medal.

"I want to move up to the marathon. At the next Olympics I will grab the gold medal at the marathon," Gezahegne said. 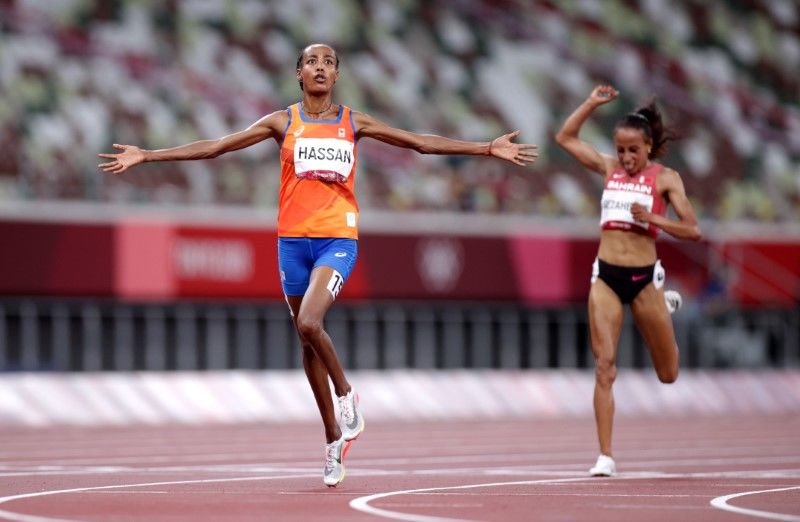 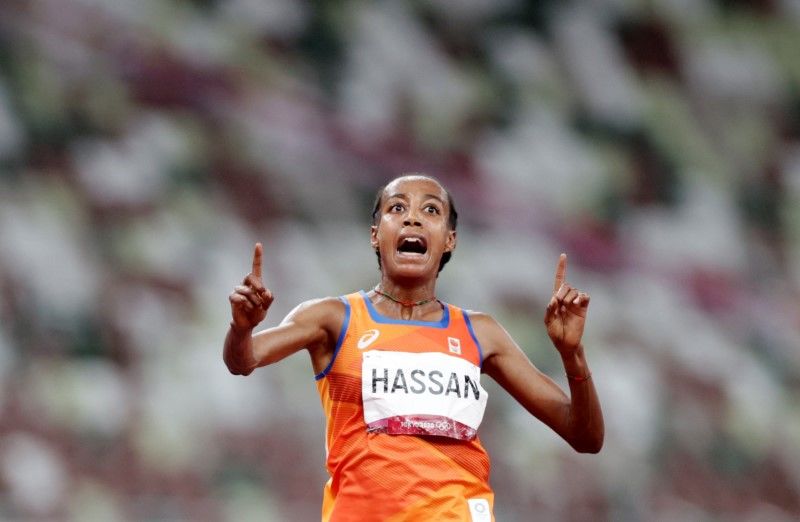 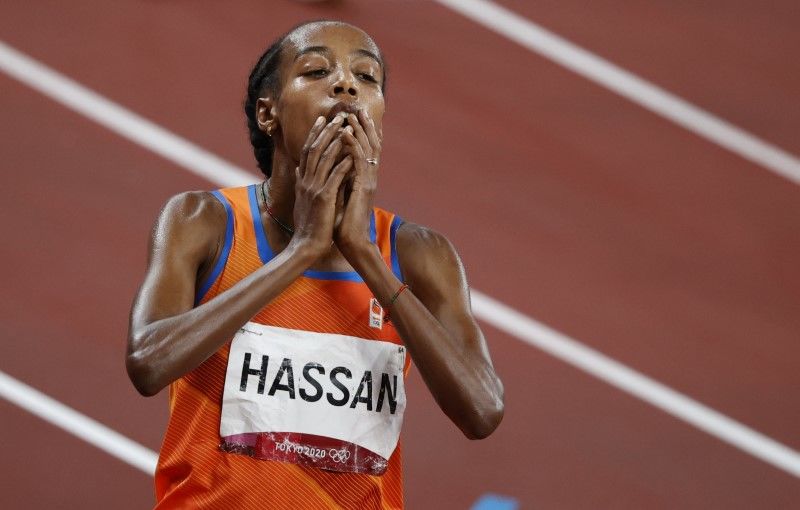