TOKYO (Reuters) - The United States powered to their seventh successive victory in the women’s 4x400m relay on Saturday as Allyson Felix won gold in the event for the fourth time to extend her Olympic medal haul to a remarkable 11.

Poland continued their impressive relay form in Tokyo, having won the inaugural 4x400 mixed race, with an excellent silver while Jamaica, who had won silver three times in a row, had to settle for bronze.

The U.S. could probably have fielded three squads and swept the podium such is their strength over the distance but their "first team" was dripping with quality.

Alongside Felix they went for Sydney McLaughlin and Dalilah Muhammad, first and second in the 400m hurdles and both inside the old world record, and Mu Athing, winner of the 800 metres.

As expected, it was an unstoppable combination as their time of 3:16.85 brought them home almost four seconds ahead of the Poles, whose 3:20.53 was a national record.

Felix's bronze in the 400m on Friday made her the most decorated woman in track and field history and this gold in her fifth Olympics took her tally to 11.

That moved her one ahead of Carl Lewis as the top American in total medals and one behind Finnish distance runner Paavo Nurmi from the 1920s as the all-time track and field leader.

"The first was a very, very long time ago (200m silver in Athens 2004) when everything was new," said Felix, who returned to the sport after having a daughter in 2018.

"This one, everything is different, but in a good way. I am so pleased it was running with these amazing women.

"I think all of us in the team have achieved a lot in the individual events and I wanted to be able to run with these women and to win gold with them."

While Felix, at 35, is unlikely to return for a sixth Games, McLaughlin at 22 can look forward to many more golden nights.

"It’s an honour to be able to run with all these women. They are inspiration to me," said the woman who destroyed her own world record to win the 400m hurdles.

"It's great to think we will be an inspiration to kids who are looking up to us." 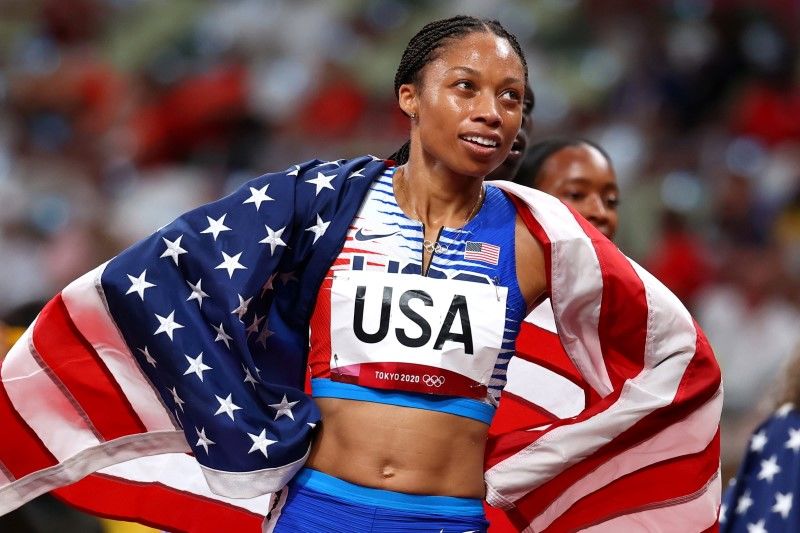 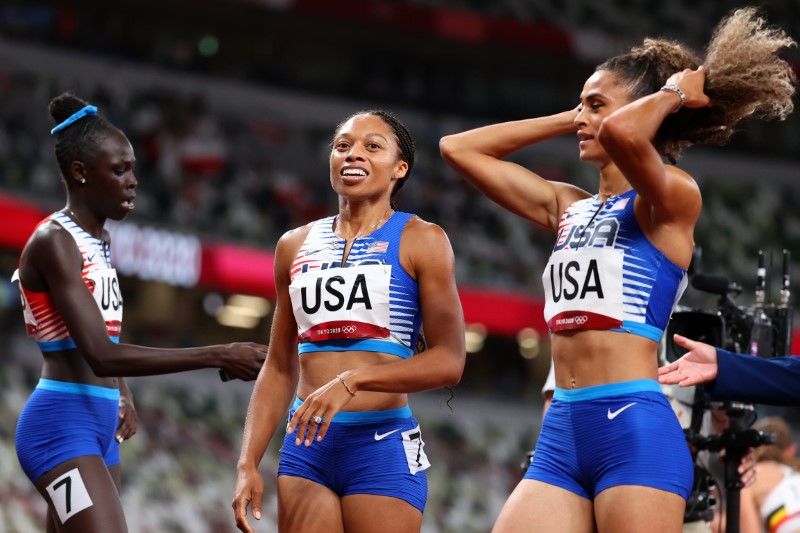 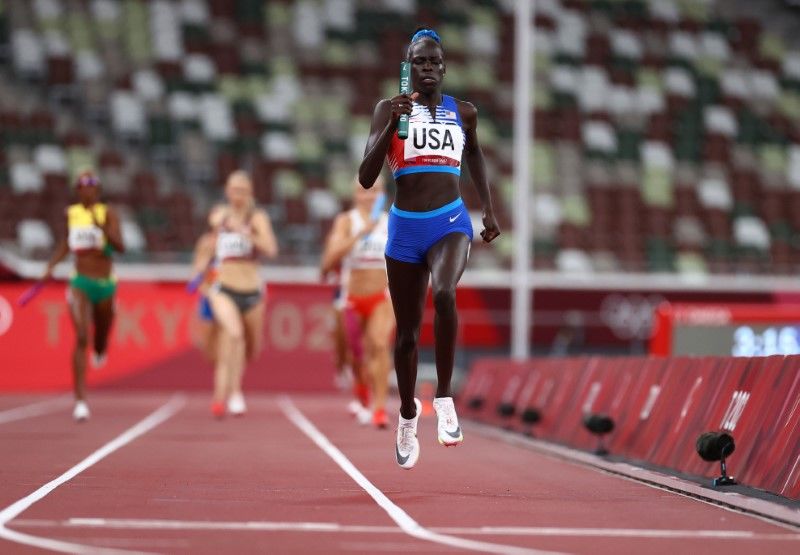