By Sudipto Ganguly and Omar Mohammed

TOKYO (Reuters) -The United States men's team won their first gold on the track at the Tokyo Olympics on Saturday, clinching the 4x400 metres relay by a huge margin to end a drought that had sparked fierce criticism back home.

The American men were bidding to avoid the ignominy of not winning a gold on the track for the first time in the Games' 125-year history -- barring their boycott year in 1980 -- and they left it to the very last event.

The U.S. team of Michael Cherry, Michael Norman, Bryce Deadmon and Rai Benjamin took the lead early and surged ahead of their challengers to take victory in a season's best 2:55.70.

Netherlands took the silver medal in a national record time of 2:57.18 and Botswana claimed the bronze.

Ryan Crouser, who retained his shot put title on Thursday, was the only gold medallist for the American men in track and field until Saturday's race.

The performance by the U.S. men's track team drew criticism from big names of American athletics, including Carl Lewis, the nine-times Olympic gold medallist, who described some of the performances as "a total embarrassment".

The win on Saturday, a season's best performance, helped to end the barren run as they finished ahead of the Dutch and Botswana who produced an African record to grab bronze, only the country's second Olympic medal in any sport.

"We ran another national record again today. We gave it all. So I cannot blame the guys, they ran well," Botswana's Isaac Makwala told reporters. "We were just good tonight."

Ramsey Angela of the Netherlands came storming down the home straight to pip Botswana to the silver medal in a national record time.

His compatriot Liemarvin Bonevacia was ecstatic about the Netherlands winning their first Olympic medal in the event.

"This is history. It's the first time we have made it to the final and to make it onto the podium is amazing," he said.

"I cannot explain what this means. I was born in Curacao, a really small island in the Caribbean. Now I represent Netherlands and I do that with all my heart. We were screaming like crazy." 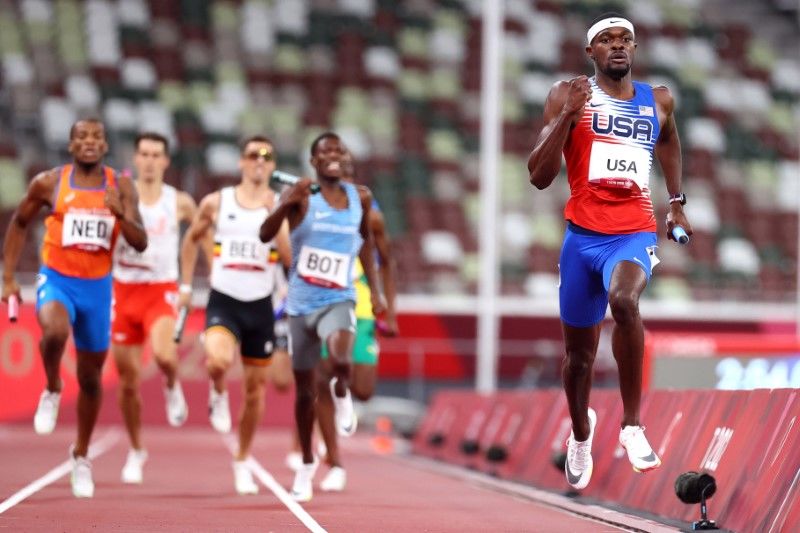 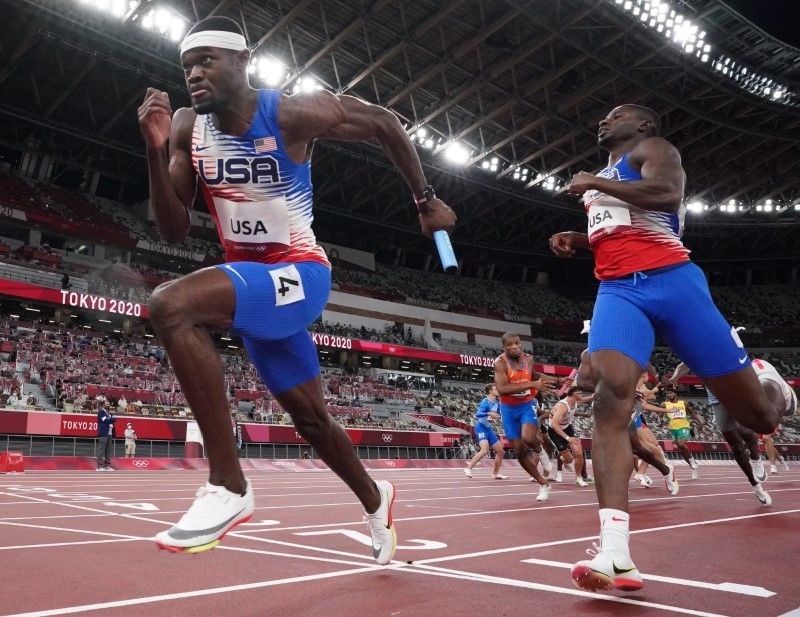