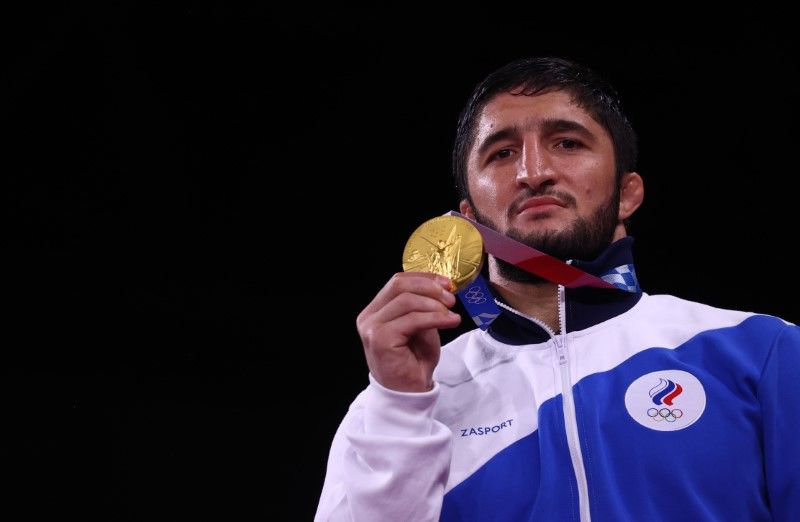 Snyder was reigning champion in the category while Sadulaev won the middleweight gold in Rio. The two had met twice before, winning one each, and the highly-anticipated third bout was dubbed 'Snyderlaev III'.

Sadulaev had yet to concede a point in Tokyo and it was the Russian who methodically went about scoring points in the clash of titans, leading 2-0 at the break. The Russian then scored with two tilts to take a 6-0 lead in the second period.

Snyder hit back with a takedown and forced a stepout but Sadulaev held on for his second Olympic gold medal.

"Unbelievable, I know this feeling because five years (ago) I became Olympic champion," Sadulaev said. "It was more difficult to defend than conquer, so it was much more difficult this time."

He added: "İ was afraid of making mistakes because every little error can be very costly at this stage. I fought a safe fight and avoided mistakes."

Japan's Takuto Otoguro edged Azerbaijan's triple world champion Haji Aliyev 5-4 in the freestyle lightweight gold medal bout with a throw in the dying seconds and another point from a failed challenge by Aliyev's corner.

Aliyev defended well in the second period but Otoguro pounced with speed for the throw. The Japanese comically lost two penalty points trying to run away from the Azerbaijani to run the clock down but held on for victory.

"He was playing games, trying to waste time, escaping a lot. He was pushing the limits of wrestling rules at all times," Aliyev said.

"I had an operation on my eye recently and my opponent knew about this. He attacked my eye deliberately and scratched it."

"I wanted the gold medal. I had a knee injury a month back, so I'm slightly happy that I'm at least going home with a bronze medal," Punia said.

Japan's Yui Susaki won the women's freestyle flyweight gold medal in emphatic fashion when she beat Sun Yanan 10-0 with a series of turns in the first period, leaving her Chinese opponent in utter shock at the ease with which she won the bout.

Susaki was the flag bearer at the opening ceremony and the 22-year-old wiped away tears of joy while holding up Japan's flag after an unlikely victory by technical superiority.

(Reporting by Ece Toksabay in Chiba, Writing by Rohith Nair in Bengaluru; Editing by Toby Davis)