The United States' men finally bagged a track gold, via the 4x400m relay, while their star-studded women's quartet won their event for the seventh successive time, securing yet another medal for Allyson Felix.

It is difficult to comprehend how 35-year-old Felix can have won seven Olympic golds and 11 medals in all while India, with a population of 1.25 billion, had previously managed just two silvers 121 years ago and never mounted the podium since.

That all changed on Sunday when Chopra became only his country's second individual gold medallist after shooter Abhinav Bindra in 2008.

Chopra's first throw put him in front and his second of 87.58 stretched the lead and was too much for all challengers, as Czech duo Jakub Vadlejch and Vitezslav Vesely took the minor medals.

"It feels unbelievable... I feel very good. It's a proud moment for me and my country," said Chopra, who is no doubt set for a dizzying few months as sponsors and advertisers fight for a piece of him.

Norway's Ingebrigtsen ran a textbook last lap to take the 1,500m in an Olympic record, shouting "easy" as he crossed the line to become the first European winner of the classic race since Spain's Fermin Cacho in Barcelona 1992.

Kenya's world champion Timothy Cheruiyot seemed set to take advantage of his late reinstatement having originally failed to qualify for the Games, but 20-year-old Ingebrigtsen came off his shoulder halfway round the final lap to win in 3:28.32.

"It's easy to forget all of the hours on treadmills. Racing is the easy part and also the fun part, said the Norwegian, who has two brothers who are also elite runners. "It's not only my gold medal, it's my whole family. If it wasn't for everybody around me, I wouldn't be able to be here and I definitely wouldn't be a runner."

Dutchwoman Hassan had looked, unsurprisingly, a touch weary when taking bronze in the 1,500m on Friday having won the 5,000 days earlier, but she somehow found new energy on a humid, strength-sapping night that left several rivals spreadeagled on the track.

She delivered a devastating last 150m burst to pull clear of Bahrain's Kalkidan Gezahegne and world record holder Letesenbet Gidey of Ethiopia, who had made all the running. All three medallists were Ethiopia-born.

"I was thinking about yesterday the whole race, and I've never gone deep like I did today," Hassan said.

"The stress, the crazy nightmares, every night I wake up - and I don't have that anymore. I'm going to sleep."

The U.S. women's relay team comprised Felix, Sydney McLaughlin and Dalilah Muhammad - first and second in the 400m hurdles and both inside the old world record - and Mu Athing, winner of the 800 metres.

They did not have it all their own way but eventually forged ahead to come home almost four seconds clear.

It was a fourth successive gold in the event for Felix, whose tally of 11 medals puts her second only to Finnish distance runner Paavo Nurmi from the 1920s who has 12 in the all-time track and field rankings.

Poland took second in a national record to follow up their win in the inaugural mixed relay, with Jamaica third.

There was also huge relief for the U.S. men, who left it to the last event of the programme to bag their first gold on the track - something they have achieved at every Games since 1896.

The quartet of Michael Cherry, Michael Norman, Bryce Deadmon and Rai Benjamin led from the first leg and came home well clear of a fast-finishing Netherlands and Botswana, who were among four teams to set national records.

That took the U.S. to seven golds and 26 in all, well clear at the top of the athletics medal table, with Italy punching way above their usual weight in second place with five golds.

Russia would usually be pushing the U.S. but they are restricted to only 10 athletes in Tokyo as a result of their doping ban. One of them, triple world champion Mariya Lasitskene, won the women's high jump with a clearance 2.04 metres.

Earlier in the day Kenya's Peres Jepchirchir overcame the Sapporo heat to pull clear of compatriot and world record holder Brigid Kosgei in the closing stages to win the women's marathon in two hours 27 minutes 20 seconds.

The men's marathon on Sunday completes the Tokyo athletics programme. 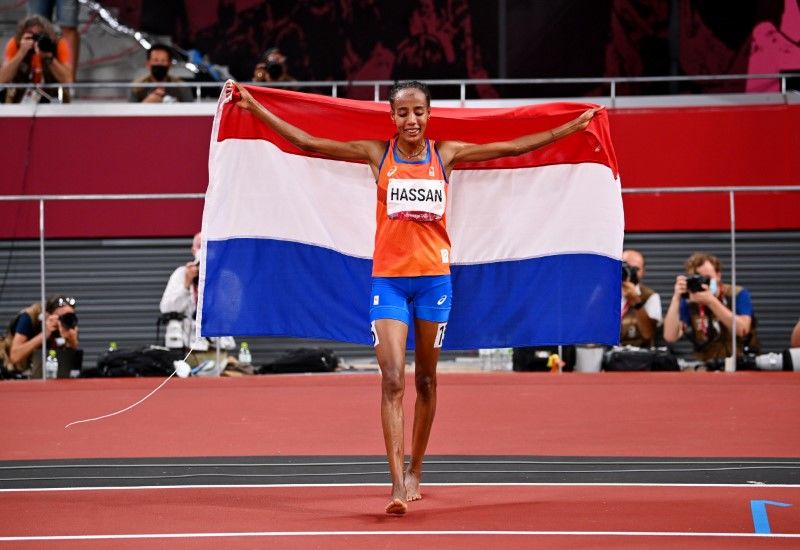 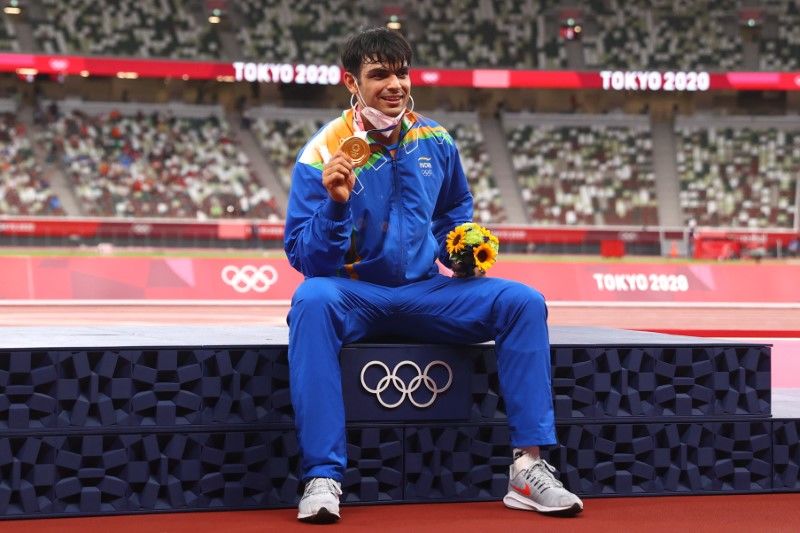 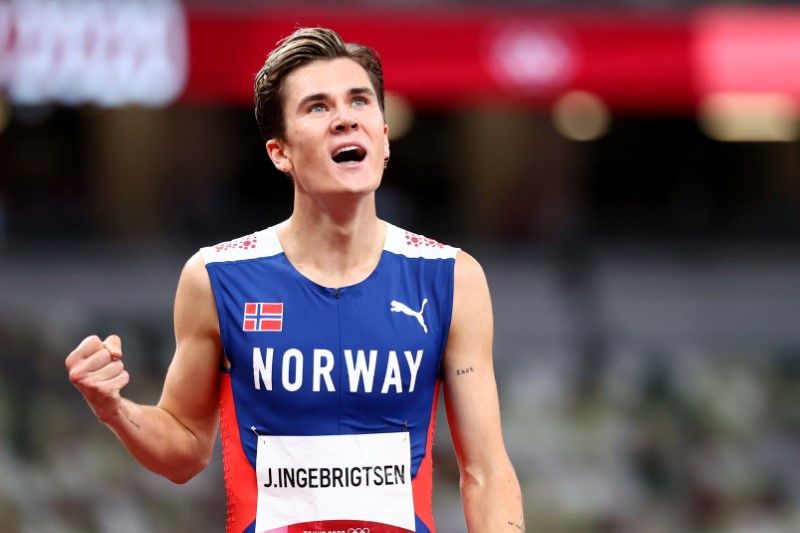