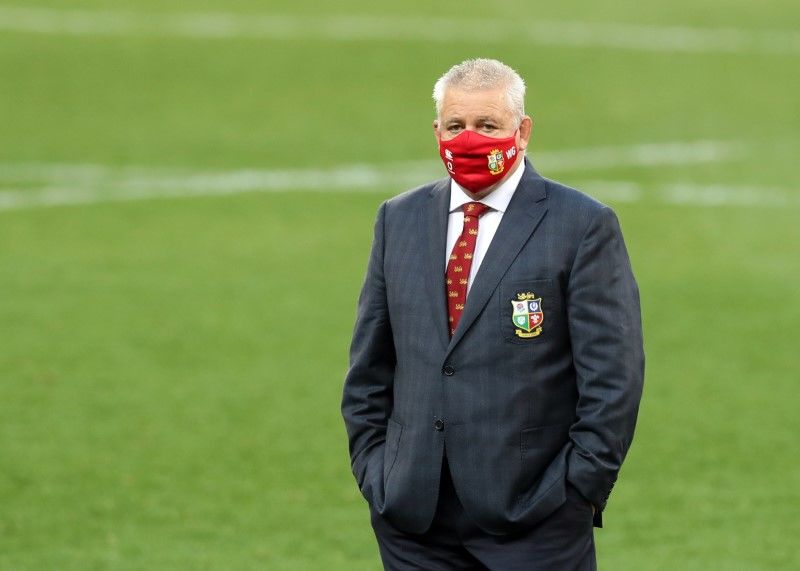 CAPE TOWN (Reuters) - The British & Irish Lions need more time to prepare for future tours if they are to be successful, coach Warren Gatland said after Saturday’s series defeat to South Africa.

The Lions ended their six week, eight-match tour of South Africa with a narrow 19-16 defeat in the third and decisive test at the Cape Town Stadium and Gatland said he felt the tourists should be given more time to get ready for tough tours in the southern hemisphere.

The Lions next tour Australia in 2025 and then New Zealand in 2029 and will be back in South Africa in 12 years.

"The Lions need to go and talk to the clubs and the unions about having that adequate preparation time to go on tour,” Gatland told reporters.

Gatland had a fortnight of preparation in Jersey with his squad, plus a test against Japan in Edinburgh, before leaving for South Africa. However, some players were not available until the eve of their departure due to club commitments.

"Playing away from home with a lot of travel and a lot of expectation to win a series … when you are putting the best players together we get less preparation than the national teams when they go on their own tours," he said.

"Hopefully within the next six months they can iron that out or we can get the schedule for four years tidied up so you can get the whole squad together before you go on tour. That would make a significant difference."

"If you talk to anyone, the players involved and anyone from the southern hemisphere there are two events on the world calendar," he said.

"One is the World Cup and one is the Lions. Those are the two things that players want to be a part of.

"It generates a huge amount of financial reward for the southern hemisphere teams. It is something we need to preserve because it is a very important part of the rugby cycle."