SAPPORO, Japan (Reuters) -Kenya's Eliud Kipchoge won the Olympic men's marathon with a commanding performance in Sapporo on Sunday, winning his second straight gold medal and cementing his place among the all-time greats of the sport.

The world record holder has now won four Olympic medals overall, having also taken 5,000m silver in 2008 and bronze in 2004.

"I was really happy, I can't describe it," Kipchoge said of his feelings as he crossed the finish line holding up two fingers to signify his two golds.

"I think I fulfilled the legacy by winning the marathon for the second time. That's my total happiness, my inspiration for the next generation."

Kipchoge also expressed his appreciation that organisers could make the Olympics happen as the world continues to grapple with the COVID-19 pandemic.

"It means a lot to me, especially at this hard time. Last year was postponed, and now it has happened," he said.

Kipchoge showed why he was the man to beat going into Sunday's race when he took full control as he pushed ahead of the pack after the 30km mark.

By the 35km stage he had jumped out to a lead of 27 seconds from a virtual tie 5km earlier and extended it to one minute and 17 seconds by 40km.

Kipchoge finished in two hours, eight minutes and 38 seconds, coming in one minute and 20 seconds ahead of Nageeye.

Kipchoge's triumph highlights Kenya's dominance in the Olympic marathon in recent years, with the men winning gold at three of the past four Games.

Temperatures during Sunday's race, around 27 degrees Celsius, were not as hot as in recent days during a Sapporo heat-wave, but several of the major names dropped outs amid humid and windy conditions.

"The weather was better than the last few days but still, it's humid and it's a strange feeling, you think it's cold but at the same time you lose water very quickly and that's why I got a cramp," said bronze medal winner Abdi, who had to fight through a cramp in his right hamstring near the end of the race. 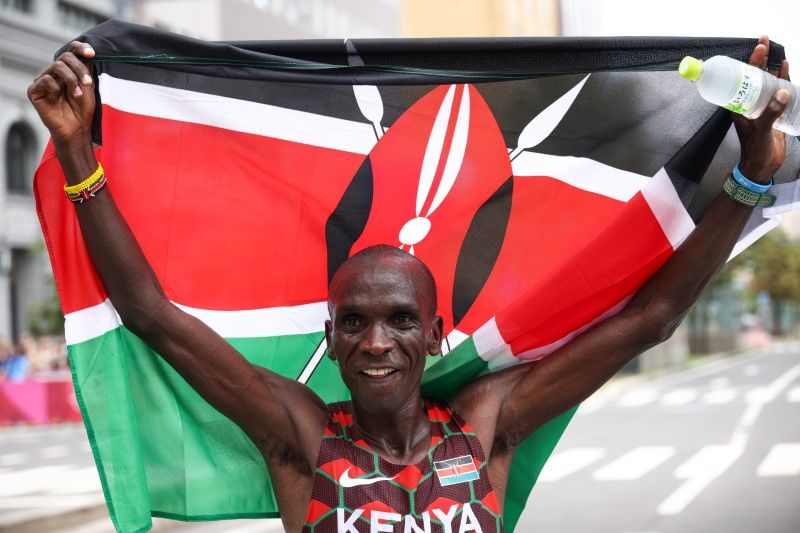 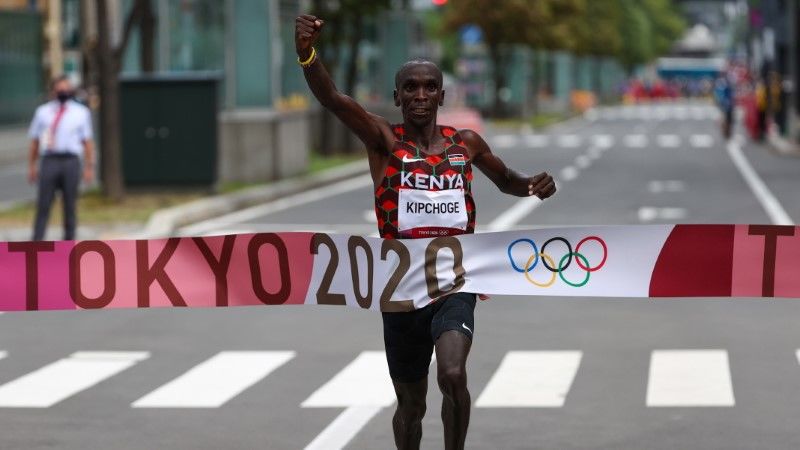 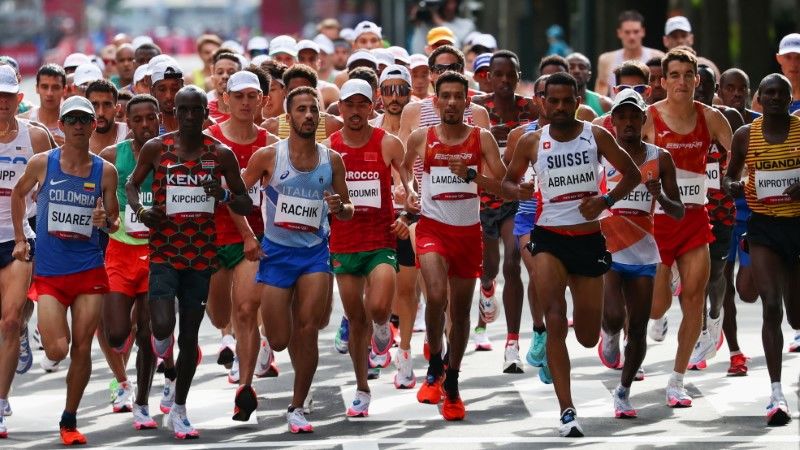