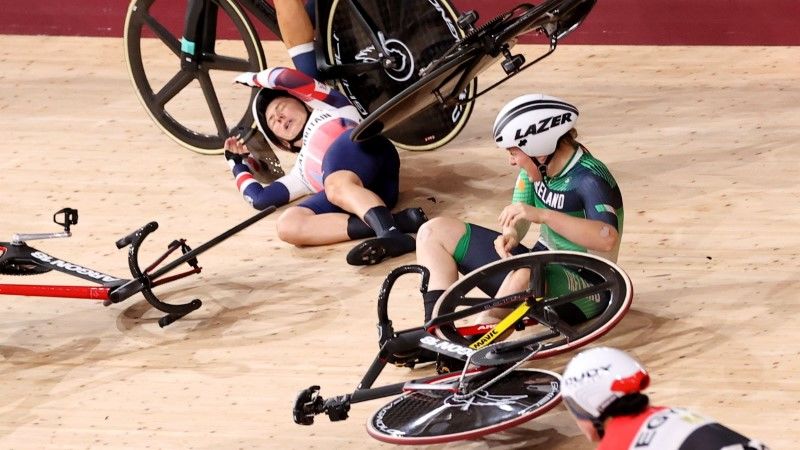 IZU (Reuters) - Reigning champion Laura Kenny's hopes of winning a third successive Olympic gold medal in omnium suffered an early blow as she was involved in a huge pile-up in the opening scratch race at the Izu Velodrome on Sunday.

The British rider, winner in 2012 and 2016 and looking for her sixth Olympic track cycling gold in total, was caught up in the huge crash near the end of the 30-lap race -- the first of four events that will decide gold.

At least nine riders were involved in the mayhem with bikes and bodies flying in all directions.

Kenny was riding her bike after the race and did not appear badly injured and will now have to try and claw back into contention in the tempo, elimination and points races.

All those involved in the crash were awarded 16 points.