IZU, Japan (Reuters) -Canada's Kelsey Mitchell claimed the Olympic women's sprint gold medal on the final day of the track cycling programme at the Izu Velodrome on Sunday, just four years after taking up the sport.

After edging out Germany's reigning world champion Emma Hinze in the semi-finals, Mitchell timed her late attacking moves to perfection as she beat Ukraine's Olena Starikova 2-0 in the best-of-three title showdown.

Mitchell, 27, becomes only the second Canadian to win an Olympic track cycling gold after Lori-Ann Muenzer took the women's sprint title in 2004.

When asked how it feels to become an Olympic champion on debut, Mitchell said: "It sounds just like I could imagine it.

"People talk about visualisation a lot in sports, and I don't know if did it on purpose, but I could see myself on the podium.

"I decided to go and execute it."

Victory marked a remarkable rise to the summit for former college soccer player Mitchell, who got her first taste of track cycling in August 2017 when she attended a national tryout.

Mitchell exceeded the national standards for speed, power and endurance on a stationary bike and was instantly recruited by Cycling Canada.

She has since blitzed the field to claim the 2019 Pan American sprint title and also set the world record for the 200m time trial.

But notching up an Olympic gold represents her biggest achievement on the international stage.

"All the hard work was done beforehand, the past year and a half has been very up and down with the postponement of the Olympics and not being able to race," Mitchell said.

"But I have incredible team mates, an incredible coach, incredible staff all around me. I knew all the hard work would pay off, and it was just so exciting to see it pay off."

Starikova collected the silver medal to secure the best result for a Ukranian woman in Olympic track cycling.

In a third-place shootout, Hong Kong's Lee Wai-sze overpowered Hinze in the opening two races of the series to take the bronze medal. 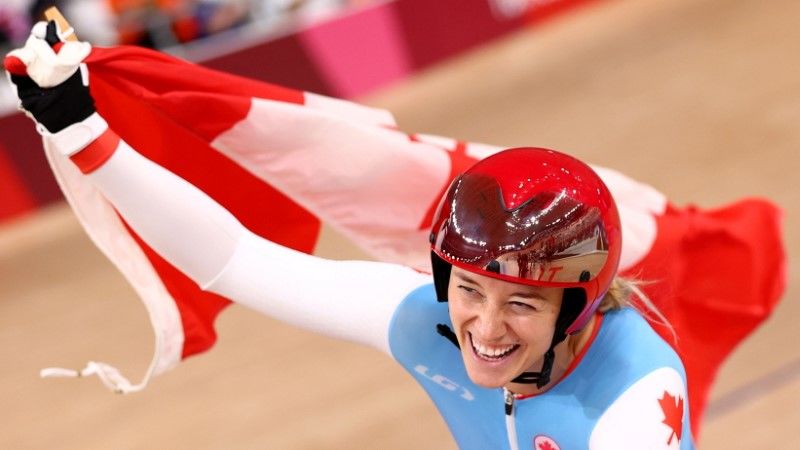 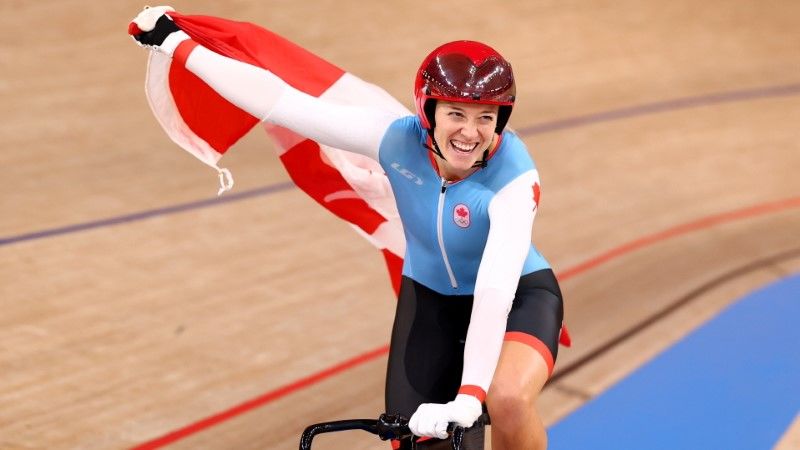