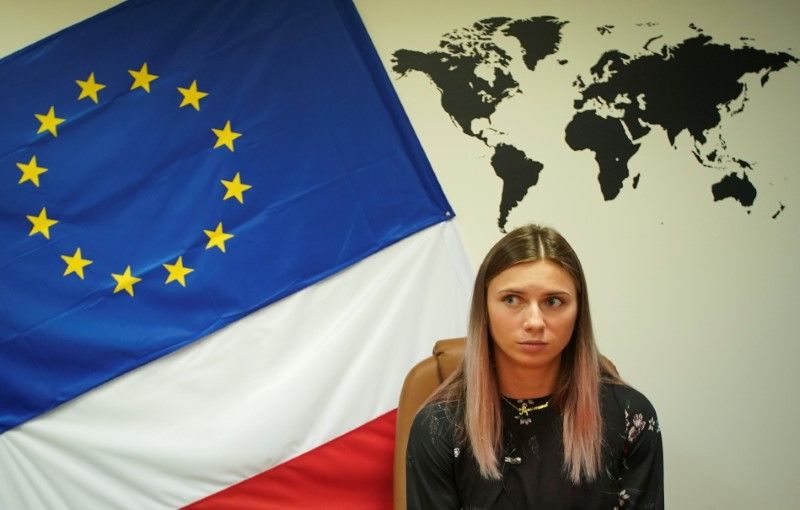 TOKYO (Reuters) - World Athletics President Sebastian Coe said he offered his help on the night Krystsina Tsimanouskaya was ejected from the Olympics by officials of her own Belarussian team and that the governing body will be looking at the implications of the extraordinary events.

Tsimanouskaya was ordered to fly home after criticising officials after she refused to take part in the 4x400metres relay but refused at the airport in Tokyo. She sought protection from Japanese police before later gaining asylum in Poland https://www.reuters.com/lifestyle/sports/belarus-sprinter-tsimanouskaya-leaves-polish-embassy-tokyo-police-2021-08-03.

A Belarussian coach and official were subsequently kicked out of the Games by the International Olympic Committee (IOC) and its president Thomas Bach called Tsimanouskaya's case "deplorable". However, her sport's governing body had been silent on it until Sunday, when Coe was asked about the matter at a news conference to review his sport at the Olympics.

"The night that story broke I did speak to the Belarus Federation and the overture was very clear and it was 'was there anything I was in a position to do to help?'" Coe said.

The 24-year-old Tsimanouskaya said she did not feel safe about returning to Belarus, which is under Western sanctions after a brutal crackdown on political opposition.

"The welfare of the athlete was very clearly the responsibility of the International Olympic Committee here," Coe said. "But the broader implication, because she is from the World Athletics family, is something we need to look at and we will."