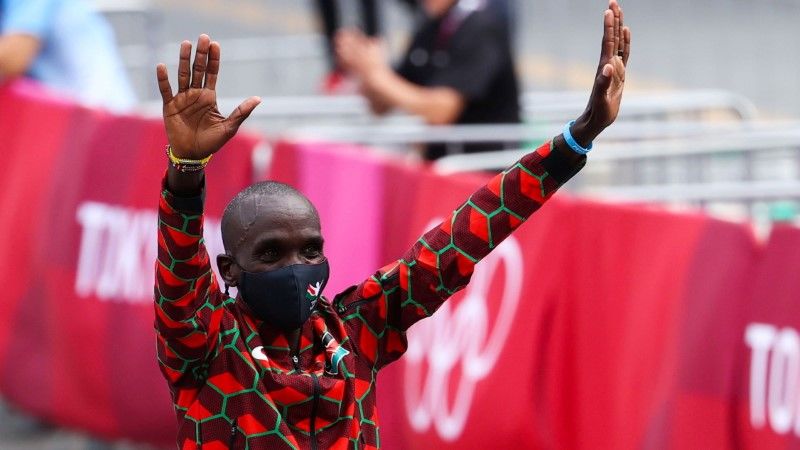 SAPPORO, Japan (Reuters) - Japan may have come away without a medal as it hosted the latest Olympic marathons but can take heart in the high finishes of its top runners in hot and humid conditions that forced many of the world's top competitors to drop out.

Suguru Osako finished sixth in the men's marathon on a humid and windy Sunday in Sapporo when 29 runners exited the race early including world champion Lelisa Desisa of Ethiopia and 2012 Olympic gold medallist Stephen Kiprotich of Uganda.

In the women's race on Saturday https://www.reuters.com/lifestyle/sports/athletics-kenyas-jepchirchir-wins-womens-marathon-gold-2021-08-06, 15 women did not finish as Mao Ichiyama battled to eighth place.

Osako, who has said he would retire after these Olympics, voiced hope for Team Japan's future.

"I gave it 100% today," Osako said. "I think the next generation will be in the medal battle if they do their best. Now it's the younger group's turn."

Kenya's Eliud Kipchoge, who cemented his legacy https://www.reuters.com/lifestyle/sports/athletics-kenyas-kipchoge-wins-mens-marathon-gold-2021-08-08 as one of the all-time greats with his second straight gold on Sunday, said the key was preparation and enjoyment.

"Running very fast is not rocket science. All of us, we aim to be successful, it's in the mind of everybody," he said, when asked by a reporter for advice on how Japan's runners could improve.

"Respect the sport, enjoy the sport. They say enjoyment of sport is next to perfection. That's my only advice."