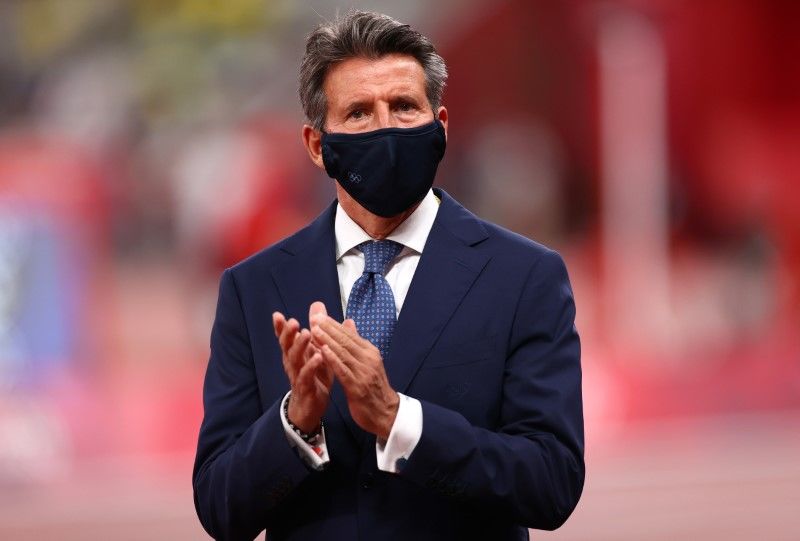 TOKYO (Reuters) - Rising summer temperatures worldwide could lead to a major rethink about when major sporting events are held, Sebastian Coe, President of World Athletics said on Sunday after another brutal day for athletes in the men's marathon.

The marathons and walk events were shifted from Tokyo to the supposedly-cooler northern city of Sapporo but there was little relief, with temperatures in the high 30s Celsius, even with early-morning starts.

Heat and humidity was an issue in Tokyo, where the endurance athletes in particular - even those well-used to training in hot climes - found it extremely tough.

"They were difficult conditions and we could well be confronting the same temperatures in Paris in 2024," Coe said.

"At the U.S. trials in Eugene (host city of next year's world championships) it was in excess of 40 (104 Fahrenheit). This is the challenge we are all going to confront now, and it will probably need a global discourse around the calendar and how we stage events.

"I'm no climatologist but the reality is that wherever we go the new norm will be dealing with really harsh climatic conditions."

The 1964 Tokyo Games were held in October, as were the 1968 Olympics in Mexico City. Seoul in 1988 and Sydney 2000 were both in September, but the norm for northern hemisphere cities has been for July or August.

Next year's soccer World Cup in Qatar has been shifted from its normal summer slot and will be held in November/December to avoid the worst of the heat.

Coe did mention that for the sprinters the conditions were ideal for warm ups and performance.

One of them, Italy's Lamont Marcell Jacobs was one of the stories of the Games after his shock 100m win and his role in Italy's 4x100m relay victory.

After coming into the year with a personal best of over 10 seconds Jacobs took gold last week in a European record of 9.80, leading to immediate speculation that his starling improvement was a result of chemical help.

Jacobs said on Saturday he had split from his former nutritionist once he heard that Giacomo Spazzini was allegedly being investigated for a connection with performance-enhancing substances.

"If you make breakthroughs people ask questions," Coe said. I'm sure they did about my career. I came back from the European championships in 1978 with a bronze medal and a year later I had three world records."

Coe said that any doping questions are now addressed by the independent Athletics Integrity Unit.

"I'm satisfied that we have the best unit of its kind in any sport," he said. "But we have to be permanently vigilant."

Coe said he was leaving "with a massive well of thanks and appreciation and a promise to the people of Japan that we owe you a massive debt of gratitude for the gracious way you’ve hosted us in the face of the hardship you have endured.

"Hosting an Olympic Games in normal circumstances is excruciatingly difficult, I know, I've done it," said Coe, who ran London 2012.

"But hosting a Games in these mountainously difficult conditions has been nothing short of a miracle."