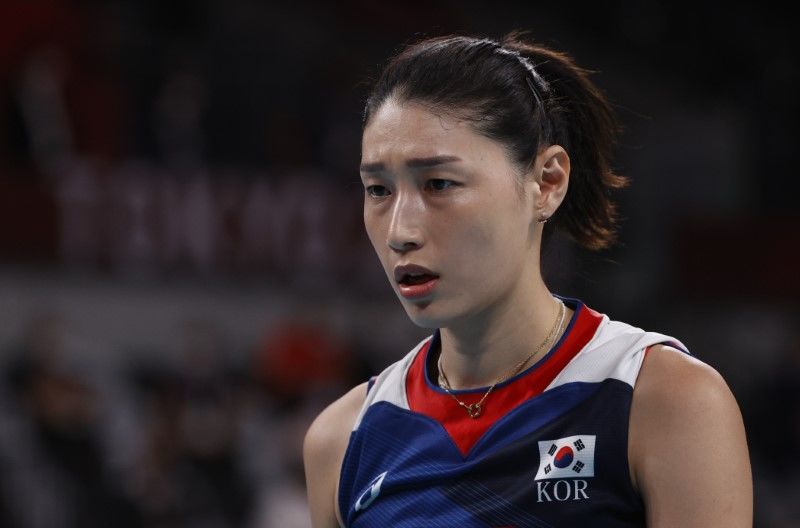 TOKYO (Reuters) - Kim Yeon-koung, the South Korean women's volleyball captain and ace spiker, said she was satisfied with the team's fourth place result at Tokyo in what is most likely her final Olympics.

"I am happy with our achievement although we didn't win a medal," Kim said after her team was crushed by world champions Serbia in straight sets in Sunday's bronze medal match.

The loss dashed South Korea's hopes of repeating their success in Montreal 1976 Games to grab the bronze.

Still, Kim was the second best scorer for the tournament on 136 points, behind only Serbia's Tijana Boskovic with 192, and was the driver for South Korea to advance to the semi-finals for the first time since 2012.

"I've prepared for this Olympics with a special feeling. I'm satisfied with our games and performances in the Games," the 33-year-old said.

Kim, playing in her third Olympics, was a flag bearer in the opening ceremony and said the Tokyo Games would be her last.

After the bronze match at Ariake Arena, an emotional Kim and her team mates formed a circle on the court.

"I told everyone that we did great work and we did the best we could. Now let's smile," she said.

Serbia's Boskovic spoke of her great respect for Kim.

"Everyone knows who she is. She is one of the best players in the world," the 24-year-old said. "I really enjoy watching her play. I just want to wish her good luck."