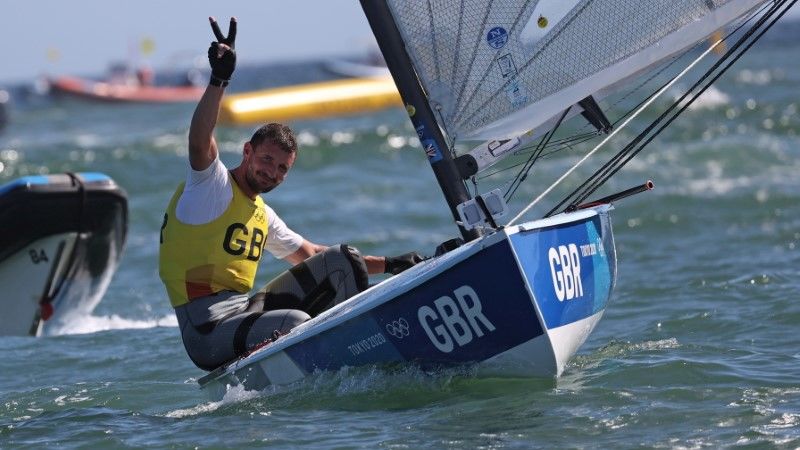 TOKYO, Japan (Reuters) - Despite being threatened by a typhoon at one stage the Olympic sailing programme went off almost without a hitch, but the winds of change blowing through both the Games and the sport mean that it will not look the same in Paris in three years' time.

The desire of governing body World Sailing and the International Olympic Committee for greater equality and an extra dash of excitement will see some classes retired and new ones introduced.

Britain once again topped the medals table with three gold, one silver and one bronze, but several of their favoured categories will not return. Among them is the men's Finn, which they have dominated at every Olympics since 2000.

"There's such amazing heritage in the Finn, it's such a shame it is leaving the Games," gold medallist Giles Scott told reporters following his victory in a class that made its Olympic debut in 1952.

The Netherlands will also be affected by the changes, as the RS:X windsurfing class won by Kiran Badloe is also set to be mothballed in favour of the faster IQ windfoil model in Paris.

The 470 class is also set to be remodelled, moving from separate races for women and men to a mixed race in 2024.

If this is to be the last fans get to see of certain classes, it will have been a fitting end.

Though some of the medal races such as Badloe's and Scott's were rendered irrelevant by the big leads they brought with them from the opening series, many provided huge excitement with thrills, spills and penalties having an effect on the podium positions.

Announcing its proposals for new classes for the 2024 Olympics back in 2018, World Sailing stated its aim of ensuring gender equity at the event to go with that excitement.

Though some will be disappointed to see old classes fall by the wayside, the governing body hopes the changes will make the sport more relatable and relevant for the future.