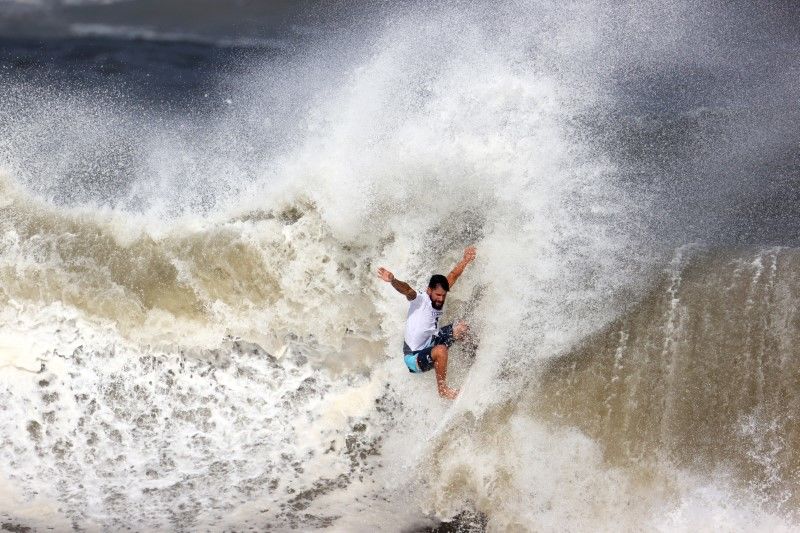 TOKYO (Reuters) - They came, they surfed, they conquered.

With the Olympics locked in a never-ending battle to remain relevant in a marketplace where attention spans are increasingly limited, surfing came to the Games and thrilled and beguiled in equal measure.

While the rest of Japan cowered in fear of a typhoon https://www.reuters.com/lifestyle/sports/surfing-tokyo-eyes-typhoon-forecast-surfers-say-bring-it-2021-07-23 gathering off the coast, the surfers at the Tsurigasaki Beach jumped in, attacking the waves with abandon as they seized the chance to show the world what their sport is about.

The sober knee-high waves of the opening day of competition gave way to boiling seas as the head-to-head competition began and the surfers, male and female, sought to find the most powerful waves and land their best tricks.

"You have dreams, and you have plans, and then you have results, and the results I think exceeded all our hopes," International Surfing Association president Fernando Aguerre told Reuters.

Bach was present as the medals were decided and Aguerre said the president was impressed by the sport, the camaraderie of the competitors and the value they brought to the Olympics.

The environmentally friendly sport also helps attract an audience that events like dressage and fencing struggle to reach, and Aguerre aims to use the success at the Tokyo Games to expand the sport's participation in Paris 2024.

"My family, we are humble - but we are ambitious," Aguerre said. In Japan, it was a winning combination.