TOKYO (Reuters) - From singles to team events, China's table tennis paddlers proved why they were world champions as they dominated the Olympic stage with four gold medals in Tokyo.

But not everything went smoothly for China as they suffered an "unacceptable" defeat https://www.reuters.com/lifestyle/sports/table-tennis-japan-wins-mixed-doubles-gold-2021-07-26 in a newly introduced mixed doubles against Japan, which dashed their dream for a fourth-consecutive clean sweep of all Olympic gold medals in the sport.

While China still dominates the sport, accounting for 32 out of the 37 golds awarded since table tennis was added to the Olympics in 1988, Tokyo 2020 shows rising competition from the likes of Japan and Germany.

"Chinese players are a very high wall for me. But if I can give everything, I can beat a Chinese opponent," said the 20-year-old Ito from Japan who won every colour of medal in Tokyo.

Germany's Dimitrij Ovtcharov, who earned two medals in Tokyo, was just a few points short of winning against Ma in the men's singles event, while narrowly losing to world number one Fan https://www.reuters.com/lifestyle/sports/table-tennis-japan-beat-south-korea-win-bronze-mens-team-event-2021-08-06 at a match in the team event.

The Chinese Table Tennis Association President Liu Guoliang said "the competition is only going to get tougher" at the Paris Games in 2024.

"I hope it'll be a clean sweep for China next time. But players around the world are shaping up aggressively to achieve their goals of beating China," Liu told Reuters.

China women's team coach Li Sun, however, says such competition can be healthy for paddlers.

He added that the improvement in techniques of Japanese athletes had him worried "everyday for the past five years", but that his players "grew so fast" because of the rivalry.

"I'm glad to have an opponent like Ito who can push me going forward," 20-year-old Chinese paddler Sun Yingsha said. 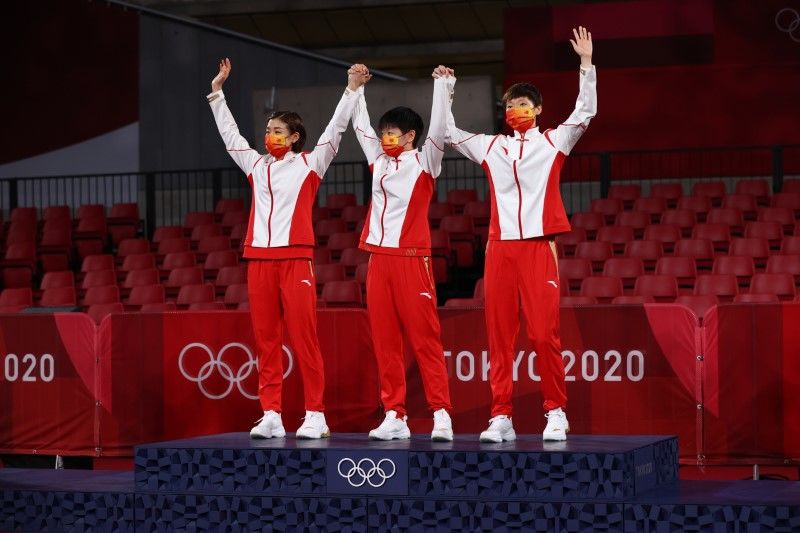 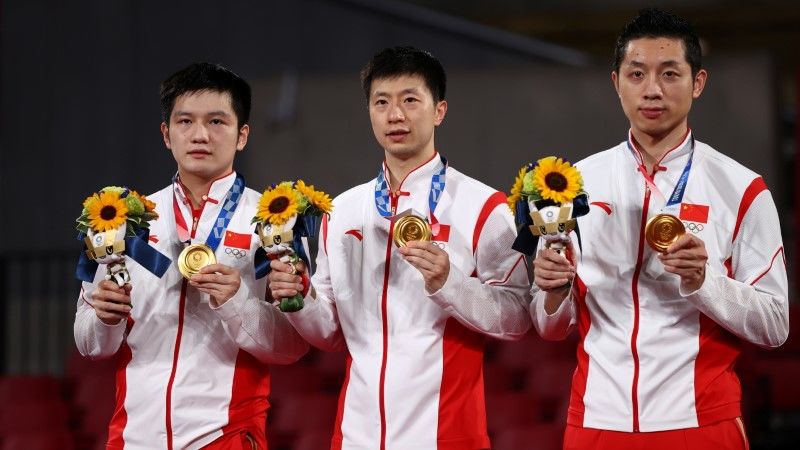