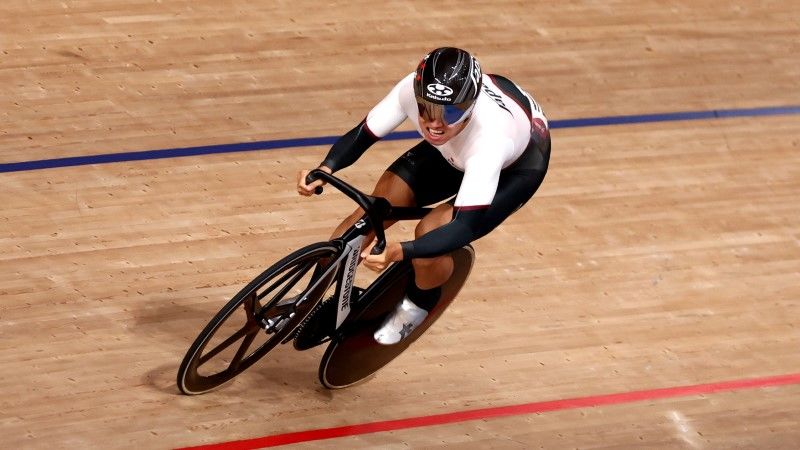 The 32-year-old had put his lucrative professional keirin career on hold to try to give his nation the medal it craves in a sport deeply rooted in Japanese culture.

Sadly he was eliminated at the semi-final stage after a touch of wheels wrecked his rhythm in the closing lap of six -- the first three behind the electric pace bike.

After being roared on by a passionate crowd in the Izu Velodrome he said he would leave with his head held high, especially after showing his strength in the ride-off for seventh -- a race he won to more cheers.

"I was in the best condition, physically and mentally but it was the semi-finals that showed you never know what is going to happen in the Olympics," Wakimoto told reporters.

"So I thought that the next race would be the final for me and did my best.

"I have no regrets," he added. "I intend to retire (from keirin) but I want to support the improvement of the level of cycling competition.

"I'm satisfied by the results. It's incomparable to Rio. It is the result of putting out all the power I can," he said. "I think I have finally reached the goal of my competitive life."

Since keirin was introduced to the Olympic programme in 2000 Japan has managed one medal -- Kiyofumi Nagai's bronze in 2008.

French coach Benoit Vetu was tasked with delivering a keirin medal when he was hired by the Japanese Cycling Federation five years ago.

"Coach Vetu changed my life. He had a tremendous impact on the Japanese bicycle race world," Wakimoto told reporters.

"The results would have changed if I had met him earlier in my career. I don't want the young cyclists to feel like me."

Vetu said he hoped the Olympics would drive interest in cycling in Japan, other than keirin, which is a huge gambling industry.

"Japan is not yet a country that is drawing attention in the bicycle world, it just planted seeds and started," he said.

"If we want to be a big country in the bicycle world, we have to grow further. Four years of preparation is not enough to win a (keirin) medal at the Olympics.

"It happened that there were talented riders this time, but four years is too short to prepare for the medal."

Japan did sign off with a medal on the track, however, as Yumi Kajihara took the silver medal in the omnium.