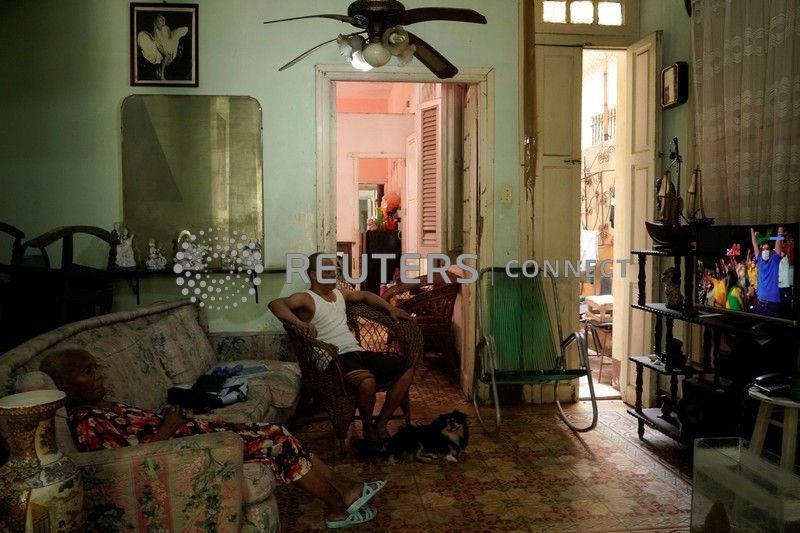 HAVANA (Reuters) - Cubans on Sunday celebrated their 14th place showing in the Olympics' medal ranking, hailed their gold medal winners and said goodbye to the Games that provided a welcome diversion from the many challenges they face.

On the last day of the Games boxer Andy Cruz won Cuba’s seventh Olympic gold, surpassing its five titles at the Games in Rio de Janeiro (2016) and London (2012), as well as the three golds won in Beijing (2008).

State-run television broadcast much of the Games with a 13 hour time difference, forcing residents to watch their champions in the early hours of the morning.

"What happened, you scared me," a sleeping Ortega said, upon answering the phone.

"Nothing, Cuban boxers are already showing their stuff with three golds," Montiel replied. They would win four and wrestlers two of the seven.

During the last 15 days the number of COVID-19 cases and deaths have reached record numbers on the Communist-run island nation, averaging more than 8000 cases per day and 80 deaths and threatening to overwhelm the health system.

Simultaneously the pandemic and tough sanctions imposed by former U.S. President Donald Trump have gutted foreign exchange earnings from tourism, remittances and other sources causing shortages of food, medicine and other basic goods.

On July 11, just a few days before the Olympics, thousands took to the streets to protest living conditions, the largest outbreak of social discontent in decades.

The Olympics have been a temporary balm and source of pride despite the tough situation on the Caribbean island as it placed ahead of any other country in Latin America and the Caribbean.

"Cuba has had a great performance. It went to Tokyo with the aspiration of five golds, but that figure was exceeded, mainly due to very young athletes who could reach the Paris 2024 Games," said Lazaro Betancourt, former Central American and Ibero-American triple jump champion.

Betancourt, 82, said Cubans have even asked for vacation to enjoy the Olympics.

"They have even set their clocks to wake up in the early morning hours so as not to lose a single detail," he said.