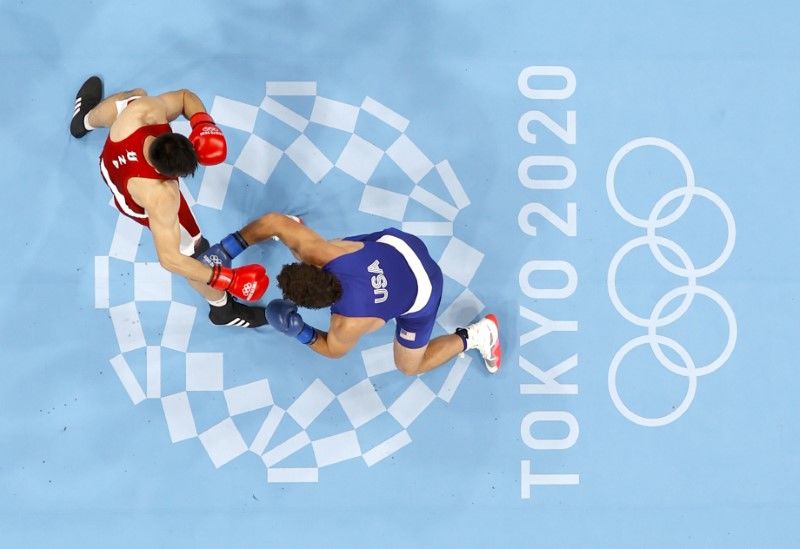 TOKYO (Reuters) - With four gold medals from a team of just seven fighters, Cuba put on another show of flair and Olympic flamboyance in Tokyo, reminding the world of its decades of dominance in a boxing contest where no other country came close.

The big-hitters of Havana won all their gold-medal matches, outclassing rivals with precision, power and composure to top the boxing medals table with the best Cuban performance since their five golds at the 2004 Athens Games.

Lightweight Andy Cruz made it four on Sunday, his slick dancing delighting the cameras at the Kokugikan Arena after a win he said came from strong team preparations.

"We Cubans really worked hard in the run up to the Games. It all came together," Cruz said.

"We're a close-knit family in the boxing community and we really brought that together here in Tokyo."

Britain were a distant second overall, with golds from middleweight Lauren Price and flyweight Galal Yadfai, plus two silvers and two bronzes, in their best performance since hosting the Games in 2012.

Uzbekistan had a disappointing competition after winning overall at the Rio Olympics, with Bakhodir Jalolov's super heavyweight gold the country's only medal, compared to three golds, two silver and two bronze in 2016.

The women's contest, expanded to five weight categories from three in the Rio Games, served up some thrilling encounters, with the gold medals going to boxers from five different countries, with winners aged 20 to 35.

Apart from a sit-in by French super-heavyweight Mourad Aliev over his quarter-final disqualification for headbutting, there was a rare absence of discord over judging, owing largely to the International Olympic Committee's (IOC) decision to sideline boxing's troubled world governing body from Tokyo.

The IOC ran the competition through a special task force with new transparency measures that went down well with most of the fighters.

"We come here, we give the world a good show and the judges are a part of that equation."