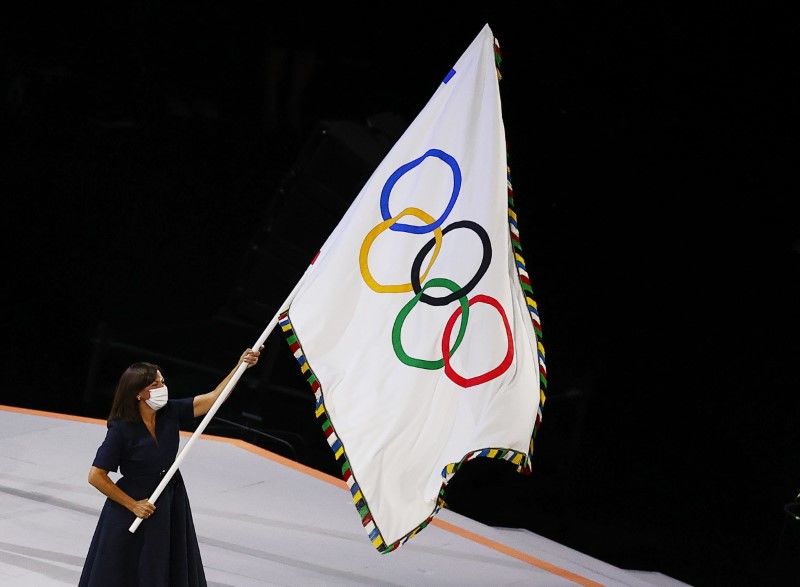 TOKYO (Reuters) -The Tokyo Games came to a close on Sunday, ending 16 days of high drama on and off the playing field.

Here is a summary of major figures and facts at the Games:

Disruptions to training caused by the pandemic did not dampen the intensity of competition with 20 world records set across sports. In rowing, which labels its marks differently due to variations in course conditions, six world bests were recorded.

Three more fell at the velodrome and also in shooting, while six world-record times came in the pool. There was also a new world record set in climbing, which was introduced into the Olympic programme in Tokyo.

There were four world records in weightlifting, with Georgian weightlifter Lasha Talakhadze earning three of them in one event. He broke the mark for the men's 109kg snatch, clean & jerk and total weight lifted.

The Games were held without any paying spectators to guard against COVID-19 infection, with coaches, team members and officials cheering on athletes in near-empty venues. That could mean a big financial hit for host city Tokyo, which had wanted to recoup some of the cost of holding the games from ticket sales.

Organisers had hoped to fill 50% of seats up to a maximum of 10,000 domestic spectators at each site, but agreed to a complete ban https://www.reuters.com/world/asia-pacific/japan-set-declare-state-emergency-tokyo-area-through-aug-22-minister-2021-07-08 after Tokyo declared a fourth state of emergency because of rising COVID-19 case numbers.

That has hurt the city's hotel and restaurant sector, and could result in a financial hit of as much as 151 billion yen ($1.4 billion), according to Nomura Research Institute.

Around 11,000 athletes https://olympics.com/ioc/tokyo-2020-facts-and-figures have competed in the Tokyo Games at 42 venues around Japan including the northern island of Hokkaido which was chosen to host the final event, the marathon, because of its milder summer temperatures.

Athletes competed in 339 medal events, representing 205 national Olympic committees, with one team made up of refugees.

The Games were the most gender equal ever, with just under half of all athletes competing in women's events, according to the IOC.

Following Tokyo 2020, the 2022 Winter Olympics will be in Beijing https://olympics.com/ioc/beijing-2022 from Feb. 4-20, making it the first city to host both the Winter and Summer Games.

Paris https://olympics.com/en/olympic-games/paris-2024 will host the next Summer Games in three years, from July 27, 2024, with a pledge to fully align them with the Paris Climate Agreement by using only renewable energy and with a zero-waste policy.