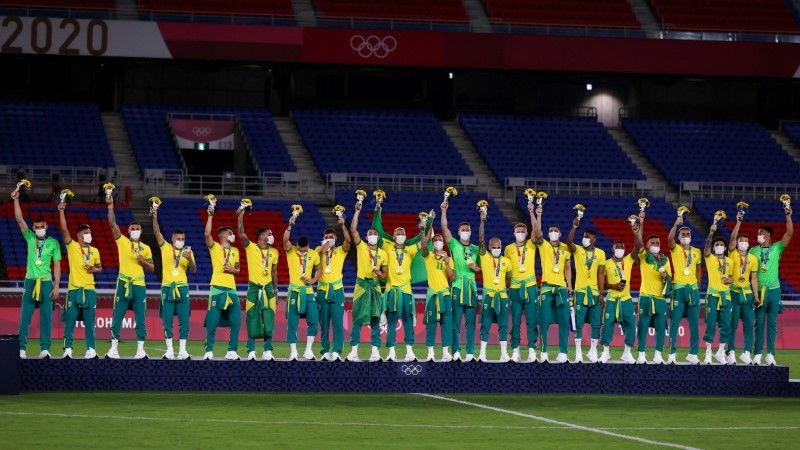 (Reuters) - The Brazilian Olympic Committee (COB) vowed to take action against footballing authorities on Sunday after the victorious men's team at the Tokyo Games failed to wear their official tracksuits at the gold medal ceremony in a dispute over rival sponsors.

Brazil beat Spain in extra time on Saturday to retain their Olympic title but the players all stepped on to the podium with their tracksuit tops wrapped around their waists.

The players appeared in their Nike-produced shirts rather than wearing the tracksuits tops made by the Chinese company Peak Sport Products.

“The COB repudiates the attitude of the Brazilian Football Confederation (CBF) and the players of the national team during the awards ceremony,” the COB said in a statement.

“Only after the Games have finished will the COB make public the measures that will be taken to preserve the rights of the Olympic Movement, the other athletes and of our sponsors.”

A spokesman for the CBF said he was not aware of the issue.