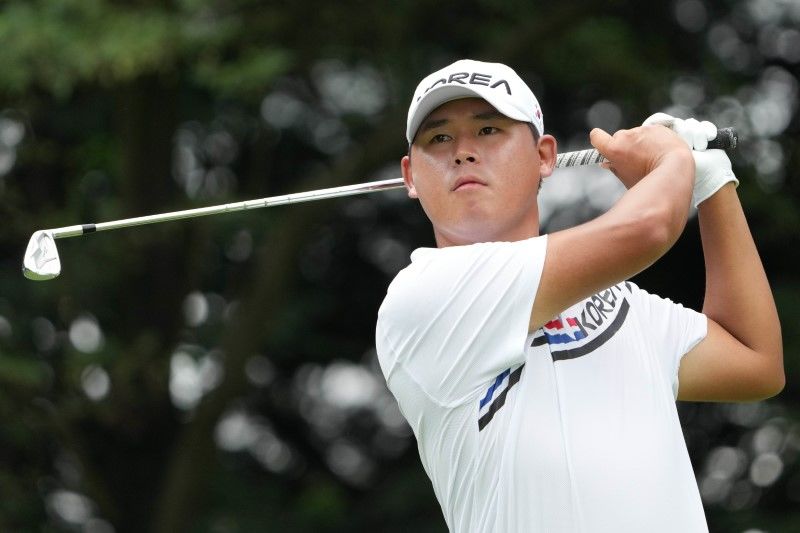 (Reuters) - South Korea's Kim Si-woo had a forgettable day as he fired five balls into the water en route to an abysmal 13 on a par-three hole during the final round of the WGC-FedEx St. Jude Invitational in Memphis, Tennessee, on Sunday.

Kim, playing in his first event since finishing in a share of 32nd in the men's golf competition at the Tokyo Olympics, was even par on the day when he stepped up to TPC Southwind's 155-yard 11th hole that features an island green.

A three-times winner on the PGA Tour, Kim's tee shot sailed right of the island green. Kim then went to a drop zone that was 96 yards from the hole and sent his next four shots into the water before finally finding the rough with his 11th shot.

From there, Kim chipped to within a foot of the cup before tapping in for an unsightly 13.

Kim responded immediately with a birdie but carded a double-bogey at the par-three 14th where he sent another tee shot into the water. Undeterred, Kim birdied the next three holes en route to an eight-over par 78 that left him at 13 over on the week.