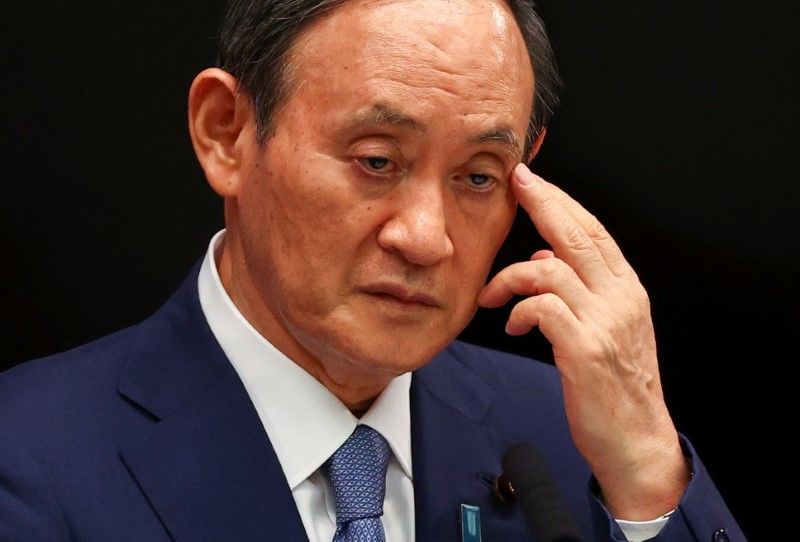 TOKYO (Reuters) -Support for Japanese Prime Minister Yoshihide Suga slid below 30% for the first time since he took office, a survey showed on Monday, a sign the Tokyo Olympic Games failed to boost his ratings amid a resurgence of coronavirus infections.

Roughly a third disapproved of holding the Games which closed on Sunday and 60% said they did not want Suga to stay on as premier, according to the poll conducted by Asahi newspaper, darkening his ruling party's prospects in general elections to be held later this year.

In the poll conducted over the weekend, Suga's support slid to 28%, the lowest since he became prime minister in September last year.

Of those polled, 56% of those who replied said it was good to hold the Tokyo Games, while 32% thought it was a bad idea.

Japan's slow vaccination rollouts have hurt Suga's popularity and a spike in new infections, caused by the rapid spread of the Delta variant, has overshadowed the Olympic Games with cases hitting a milestone of one million on Friday.

Suga and Olympics organisers have said there was no link https://www.reuters.com/lifestyle/sports/tokyo-has-shown-pandemic-can-be-beaten-games-health-adviser-says-2021-08-07 between the Games and the spike in cases.