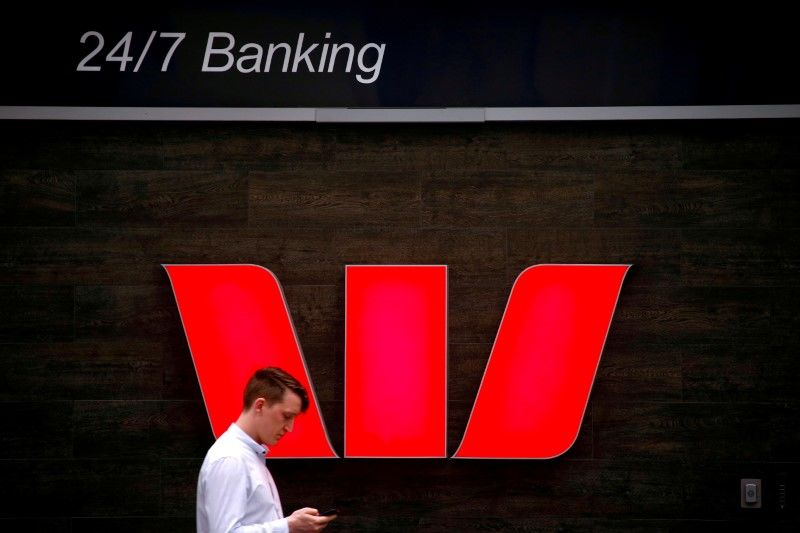 FILE PHOTO: FILE PHOTO: A pedestrian looks at his phone as he walks past a logo for Australia's Westpac Banking Corp located outside a branch in central Sydney, Australia, November 5, 2018. REUTERS/David Gray/File Photo/File Photo

(Reuters) - Westpac Banking Corp on Monday became the latest Australian firm to retreat from the life insurance sector, as it agreed to an A$900 million ($660 million) sale of its domestic unit to Japan's Dai-ichi Life Holdings.

The deal underlines a rapid exit by Australian lenders from areas considered to be outside their core-banking operations, following increased regulatory scrutiny since a 2018 government-backed inquiry.

"This transaction is another step in simplifying the bank," said Jason Yetton, chief executive officer of Westpac's specialist businesses and group strategy.

For Dai-ichi, the deal provides another avenue to boost its overseas business as Japan grapples with a declining population. It had bought Suncorp's Australian life insurance business for A$640 million in 2018 https://reut.rs/3lM2cfV.

The Japanese company said the deal fits its medium-term plans to increase the group's profit contribution from its overseas life insurance businesses.

Westpac, which has already agreed to sell its general insurance and New Zealand life insurance arms, said the deal would add about 12 basis points to its level 2 common equity tier 1 capital ratio.

The lender expects an after-tax accounting loss of about A$1.3 billion on the sale, with about A$300 million to be realised in its fiscal 2021 results.

The sale is expected to be completed in the second half of 2022.