NEW YORK (Reuters) - Global share prices treaded water on Monday as sharp falls in gold and oil prices and concerns over the spread of the Delta coronavirus variant dented sentiment.

U.S. stock indexes were mixed at the close.

"With the Delta variant spreading, money managers who were over-invested in the re-opening trade continue to unwind that trade because it's not working right now," said Dennis Dick, a trader at Bright Trading LLC.

In Europe, gains in healthcare, utilities and technology stocks outweighed declines triggered by a fall in commodity prices earlier on Monday.

MSCI's gauge of stocks across the globe shed 0.03%.

Oil prices fell as much as 4%, extending last week's steep losses on a rising U.S. dollar and concerns that new coronavirus-related restrictions in Asia, especially China, could slow a global recovery in fuel demand. [O/R]

"The sell-off in commodities is driving growth concerns as some investors are turning cautious," said Ed Moya, senior market analyst at OANDA.

Gold slumped to a more than four-month low as strong U.S. jobs data bolstered expectations for an early tapering of the Federal Reserve's economic support measures.

Bitcoin hit a three-month high and broke through the $46,000 barrier as gold fell.

"Money managers are seeing that as an alternative to gold," said Dick.

Holidays in Tokyo and Singapore made for thin trading conditions, adding to the volatility. After an initial fall, MSCI's broadest index of Asia-Pacific shares outside Japan recovered to be up 0.1%.

Chinese trade data over the weekend undershot forecasts, while figures out on Monday showed inflation slowed to 1% in July, offering no barrier to more policy stimulus.

The U.S. Senate came closer to passing a $1 trillion infrastructure package, though it still has to go through the House.

Investors were still assessing whether Friday's strong U.S. payrolls report would take the Federal Reserve a step nearer to winding back its stimulus.

"What we're seeing is a little bit of early profit-taking on the back of fear that tapering will come in earlier in September," said Sebastien Galy, senior macro strategist at Nordea Asset Management. "But as you can see, it has little impact because the effect of a better economy far outweighs the substitution effect of higher interest rates."

However, the pace of tapering was still up in the air and would decide when an actual rate increase comes, he said. The Fed is buying $120 billion of assets a month, so a $20 billion taper would end the program in six months, while a $10 billion tapering approach would take a year.

The spread of the Delta variant could argue for a longer taper, with U.S. cases back to levels seen in last winter's surge with more than 66,000 people hospitalized.

Data for July CPI due this week is expected to confirm inflation has peaked, with prices for second-hand vehicles finally easing after huge gains.

Four Fed officials are speaking this week and will no doubt offer enough grist for markets looking for clues on the timing of tapering.

In the meantime, stocks have been mostly underpinned by a robust U.S. earnings season. BofA analysts noted S&P 500 companies were tracking a 15% beat on second-quarter earnings with 90% having reported.

"However, companies with earnings beats have seen muted reactions on their stock price the day following earnings releases, and misses have been penalized," they wrote in a note.

"Guidance is stronger than average but consensus estimates for two-year growth suggest a slowdown amid macro concerns." 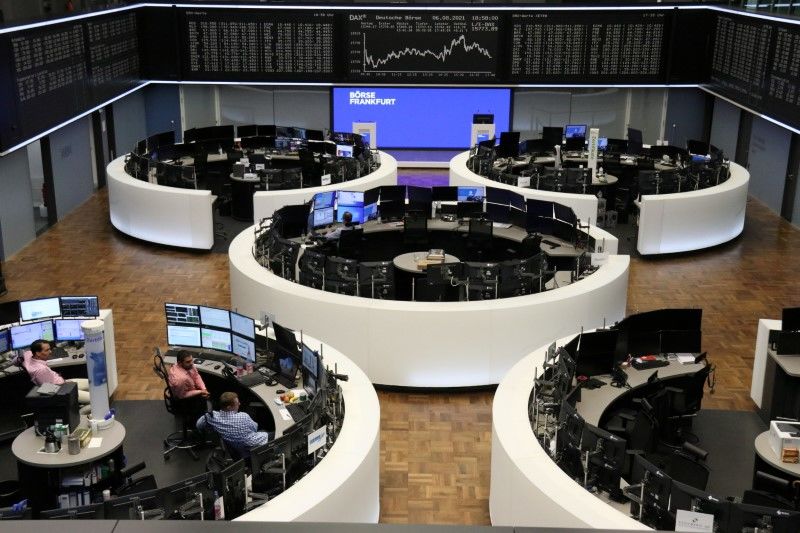 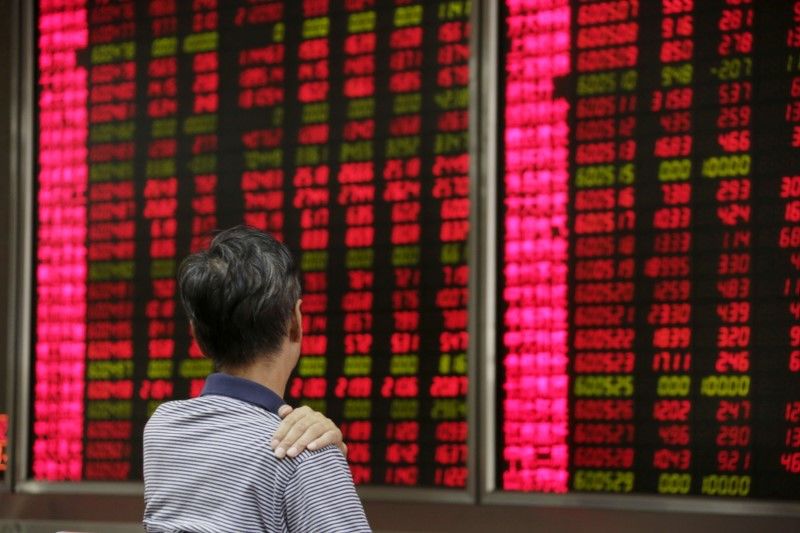