WARSAW (Reuters) - Sprinter Krystsina Tsimanouskaya, who was removed from the Tokyo Olympics by the Belarusian team after she criticised her coaches, is auctioning a medal from the 2019 European Games to support athletes who say they have been targeted by authorities.

Belarusian team officials took the 24-year-old to Tokyo's Haneda airport against her wishes on Aug. 1, a day before she had been set to run the 200m.

She refused to board the flight home and has since sought refuge in Poland, fearing for her safety if she returned to Belarus.

Tsimanouskaya told Reuters https://www.reuters.com/lifestyle/sports/exclusive-olympics-belarusian-athlete-says-she-was-taken-airport-go-home-after-2021-08-01 the reason she had been removed from the team was her public criticism of "the negligence of our coaches."

She said she had been entered in the 4x400m relay without her knowledge after some team members were found to be ineligible to compete because they had not undergone enough doping tests.

The Belarusian Sport Solidarity Foundation, a group that supports athletes jailed or sidelined for their political views, said on Monday the medal was being auctioned at Tsimanouskaya's request in support of Belarusian athletes "who suffered from the actions of Lukashenko's regime."

As of Monday morning, bids for the medal had reached $5,200 on eBay.

President Alexander Lukashenko has been accused of orchestrating an unprecedented crackdown on demonstrators and opposition figures in the wake of a presidential election held a year ago that critics and observers say was rigged. He denies electoral fraud.

The crackdown has affected elite athletes, some of whom have been jailed for joining street protests.

In a statement carried by the foundation, Tsimanouskaya said the silver medal she won in the team relay at the 2019 European Games in the Belarusian capital Minsk carried special meaning.

"Those competitions were extremely important for me as they were held at the home arena," she said. "Lots of people, including my family and relatives, came to cheer for me."

The International Olympic Committee (IOC) on Friday ordered two Belarusian officials - athletics head coach Yuri Moisevich and team official Artur Shumak - to have their accreditation revoked and be removed from the Games.

The Belarusian Olympic Committee has said coaches withdrew Tsimanouskaya from the Tokyo Olympics on doctors' advice about her emotional and psychological state.

In an exclusive interview https://www.reuters.com/world/europe/exclusive-belarusian-sprinter-decided-defect-way-airport-family-fears-about-2021-08-05 with Reuters in Warsaw on Thursday, Tsimanouskaya said the two officials had told her the order to send her home came from "high up" in Belarus. 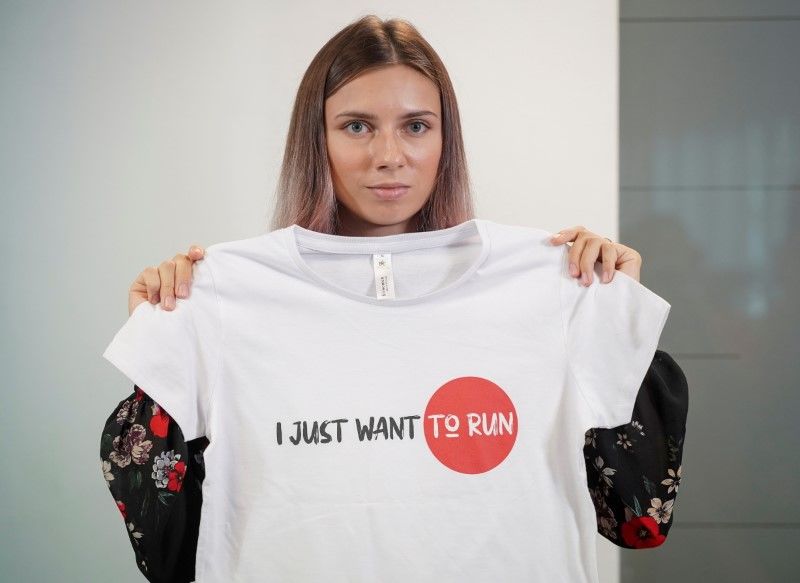 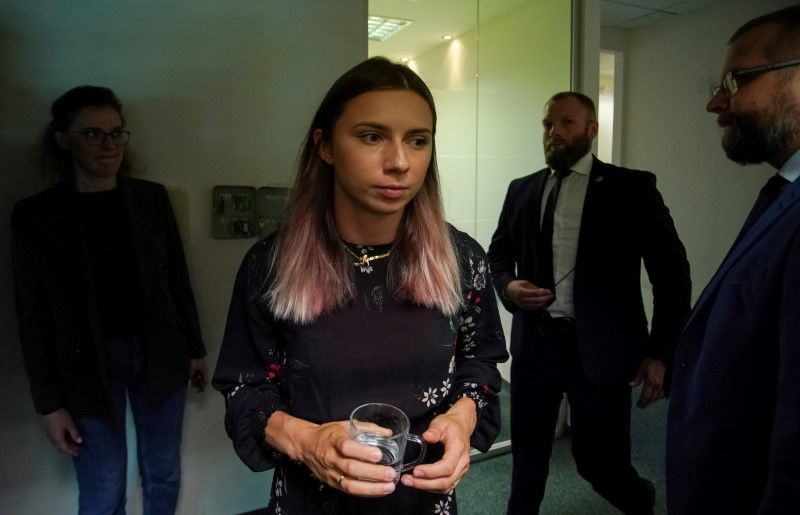