Britain imposes sanctions on Belarus, Lukashenko retorts: 'choke on them'

By William James and Elizabeth Piper

LONDON (Reuters) -Britain imposed sanctions on Belarus's potash and petroleum product exports on Monday in an attempt to put pressure on President Alexander Lukashenko, who swiftly retorted that London should "choke on" the new measures.

So far Western sanctions have done little to persuade Lukashenko, in power in the former Soviet republic since 1994, to change course from a crackdown on his political opponents.

The British sanctions, which prohibited the purchase of transferable securities and money-market instruments issued by the Belarusian state and its state-owned banks, are the latest sanctions imposed by the West over Lukashenko's crackdown.

The package also includes measures to prevent Belarusian air carriers from overflying or landing in the United Kingdom and a prohibition on the provision of technical assistance to Lukashenko’s fleet of luxury aircraft.

State-owned Belaruskali is the world's top potash producer and accounts for a fifth of global potash trade.

"These sanctions demonstrate that the UK will not accept Lukashenko’s actions since the fraudulent election," Foreign Secretary Dominic Raab said. "The Lukashenko regime continues to crush democracy and violate human rights in Belarus."

"The products of Lukashenko’s state-owned industries will not be sold in the UK, and our aerospace companies will not touch his fleet of luxury aircraft."

"You are America's lapdogs," he said of Britain.

Monday marked the first anniversary of an election which opponents said was rigged to let Lukashenko win. Tens of thousands of people took to the streets in the biggest challenge to his rule since he became president in 1994.

He says he won the election fairly and responded with a crackdown on opponents in which many have been arrested or gone into exile abroad.

"These measures represent a significant additional step in bringing pressure to bear on the Lukashenko regime," Britain's foreign ministry said.

"They are carefully targeted to build pressure on Lukashenko, state institutions and those around him to change behaviour, while minimising, as far as possible, any unintended consequences on the wider population in Belarus."

Britain said the United States was also announcing new measures on Monday. But EU sanctions designed to punish Lukashenko for the crackdown will leave him largely unscathed and able to continue financing the economy and his security forces, rating agencies and analysts say.

Meanwhile Polish authorities reported that a record number of migrants have crossed the Polish border with Belarus since Friday.

Poland and Lithuania, which have seen a surge in illegal migration in recent weeks, have accused Lukashenko of using migrants to put pressure on the EU to reverse sanctions on the country.

Warsaw also believes it is way of hitting back at Poland for giving refuge to Krystsina Tsimanouskaya, a Belarusian athlete who refused to return home from the Tokyo Olympics.

The Polish Border Guard said on Monday it had detained 349 illegal migrants crossing the Belarus border since Friday, most of them probably from Iraq and Afghanistan.

(Reporting by Elizabeth Piper and William James in London and Olzhas Auyezov and Maria Vasilyeva in Moscow; editing by Guy Faulconbridge and Angus MacSwan) 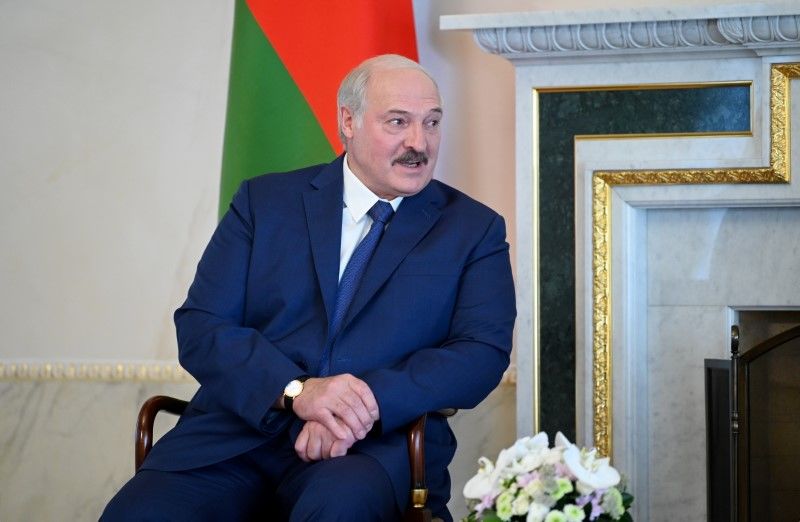 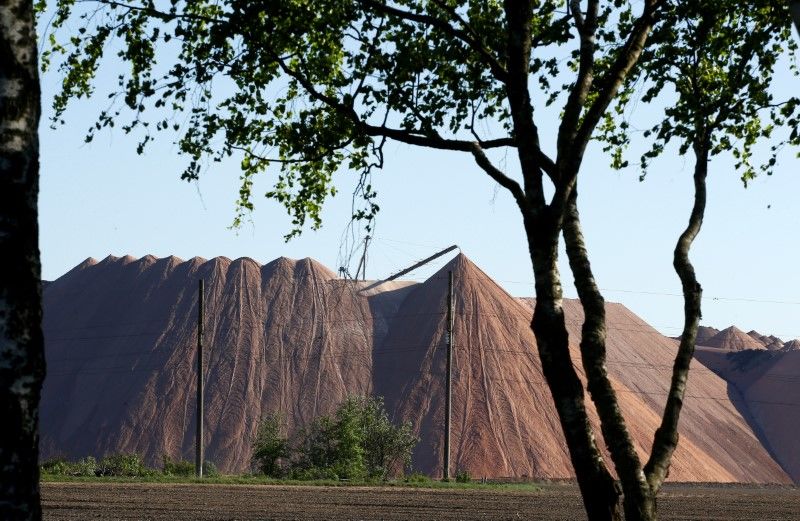 FILE PHOTO: A waste heap is seen at a site owned by Belarus state potash producer Belaruskali near the village of Zakalnoye, Belarus May 6, 2018. REUTERS/Vasily Fedosenko/File Photo