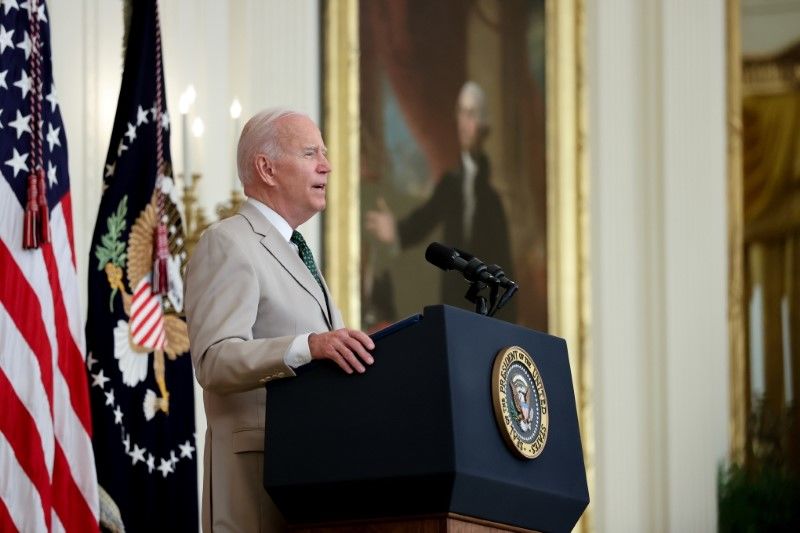 By Trevor Hunnicutt and Daphne Psaledakis

On the anniversary of the presidential election Lukashenko is accused of rigging, the United States will also issue its largest round of sanctions to date on Belarusian individuals and entities, targeting the country's economy and the Belarusian National Olympic Committee, a White House official said.

The U.S. Treasury Department will blacklist Belaruskali OAO, which the official said is one of Belarus’ largest state-owned enterprises and one of the world’s largest producers of potash, which is used in fertilizers and is Belarus' main foreign currency earner.

The Belarusian National Olympic Committee will also be hit with sanctions in Monday's action, the official said, over accusations it facilitated money laundering, sanctions evasion, and the circumvention of visa bans.

The action comes after Belarusian sprinter Krystsina Tsimanouskaya refused to board a flight home during the Olympics after she was taken to the airport against her wishes. She has since sought refugee status in Poland.

Western governments have sought to escalate their pressure on Lukashenko, who is accused of rigging elections in August 2020 and cracking down on the opposition to prolong his now 27 years in power. Lukashenko has denied rigging the vote.

Tens of thousands of people joined street protests in 2020 -- Lukashenko's biggest challenge since he became president in 1994. He responded with a crackdown in which many opponents have been arrested or gone into exile. They deny planning a coup.

Britain announced its new sanctions on Monday, targeting exports of oil products and potash. Lukashenko said Britain would "choke" on its measures and that he was ready for talks with the West instead of a sanctions war.

Canada also imposed new sanctions on Belarus to protest what it called the "gross and systematic violations of human rights" under Lukashenko.