Motor racing-F1 calendar a 'game of chess' due to COVID-19, says Brown 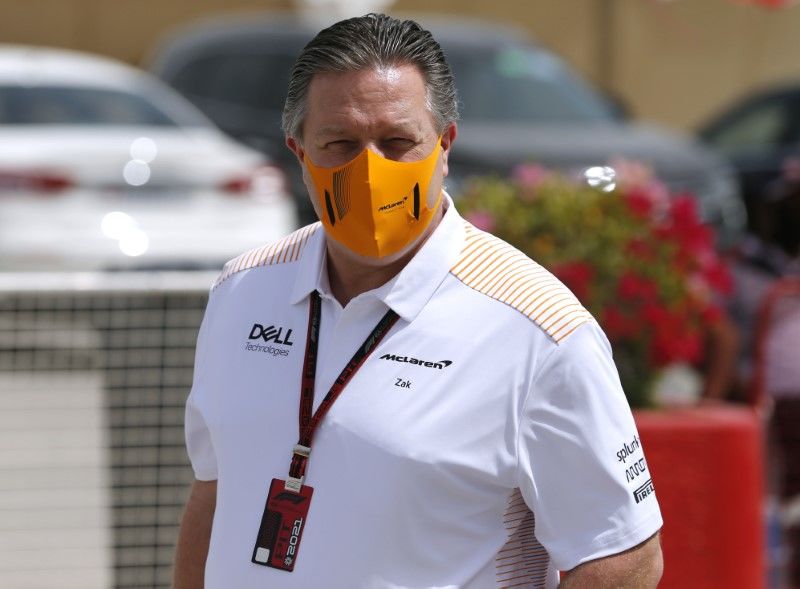 LONDON (Reuters) - Formula One should emerge from the August break with a clearer calendar for the rest of the season but there are still plenty of possible scenarios due to COVID-19 and shifting circumstances, according to McLaren Racing boss Zak Brown.

"I think once we come out of the summer break (F1 chief executive) Stefano (Domenicali) will know what hand he's been dealt in some of these remaining territories and the schedule will go into place," Brown told Reuters.

There remains uncertainty about the Japanese Grand Prix scheduled for Oct. 10, which if cancelled could also affect a race in Turkey on Oct. 3.

Turkey is on Britain's red list of countries, meaning returning travellers must spend 10 days in hotel quarantine. By going on to Japan, which is on the amber list, that requirement would be avoided.

Mexico and Brazil, due to host races in October and November, are also on Britain's red list. Seven of the 10 Formula One teams are based in England.

Brown said there was talk of holding two races in Austin, Texas, but that situation was also fluid.

"I'm hearing that but I'm also hearing a lot of different scheduling scenarios. I think the reality is no-one probably definitively knows," he said.

"I think it is a bit of a chess game of what happens in this market and it goes on the red list, or what have you, and there's a domino effect. I've heard a variety of scenarios."

Brown hoped the success of the Tokyo Olympics, which ended on Sunday and featured more than 50,000 people operating within a closely-controlled bubble, would boost the Formula One race at Suzuka.

"From what I can tell there hasn't been any drama that's broken out from the Olympics so to me it does seem that would raise the confidence," said Brown.

"I think they have said it will probably be a closed door event and I think Formula One has shown we as an industry are very good at travelling in and out of countries safely. So I'm confident we as Formula One can put on a safe event.

"What you don't know is the state of play in the country itself."