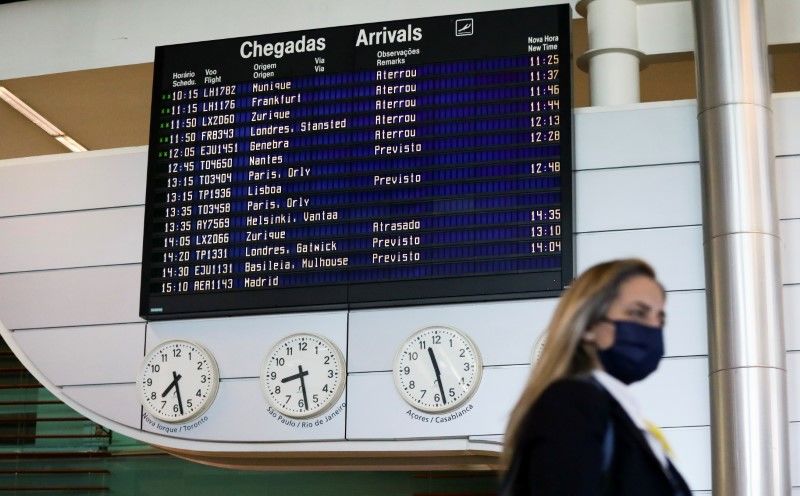 FILE PHOTO: A woman walks by the arrivals information board at Porto Airport on the first day that tourists from Britain and most EU countries are allowed to enter Portugal without needing to quarantine, as coronavirus disease (COVID-19) restrictions continue to ease, Porto, Portugal, May 17, 2021. REUTERS/Violeta Santos Moura

BRUSSELS (Reuters) - The European Union will not change its safe travel list this week, an EU official told Reuters on Monday, allowing non-essential travel from the United States to continue for the time being despite a surge in COVID cases there.

The list currently comprises two dozen countries, including the United States, Japan and Australia, which are considered safe from a health perspective under the ongoing pandemic.

Last week, an EU official said the inclusion of the United States in the list might be reconsidered.

The list will be reviewed again in two weeks or even earlier if the COVID-19 situation changes, according to EU officials.

The bloc has repeatedly asked Washington to let in EU citizens after the United States was added in June to the so-called white list.

The list is non-binding, although EU governments tend to apply it. They can however ignore it.

The 27-nation bloc is divided among states that are pushing for reciprocity from the U.S, and others that are more reliant on tourism and reluctant to remove Washington from the list, officials have said.