Dollar edges up, hits highest level in more than 4 months against euro 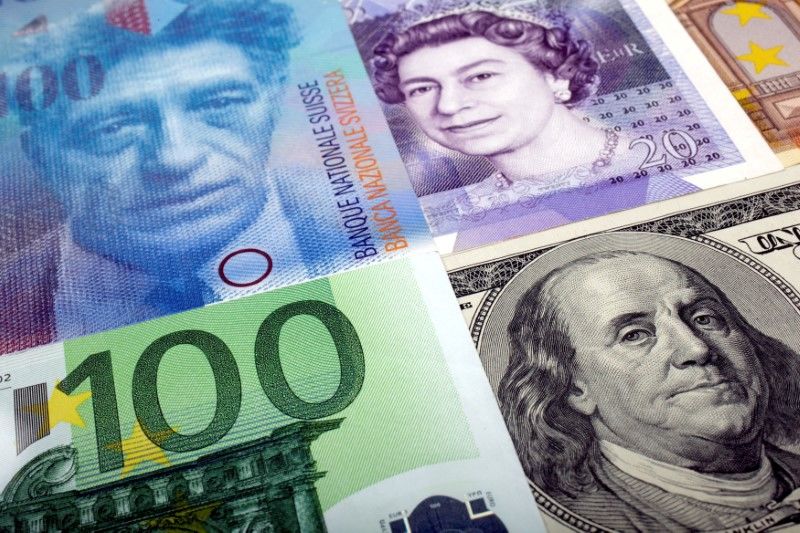 NEW YORK (Reuters) - The U.S. dollar edged up on Tuesday, touching a more than four-month high against the euro, as investors speculated further over whether recent strong jobs data could push the Federal Reserve to soon start tapering its bond-buying program.

The U.S. dollar index, which measures the greenback against a basket of currencies, rose for a third straight session and hit its highest level in about three weeks. It was last up 0.1% on the day.

The dollar has risen recently with U.S. bond yields as the prospect of reduced Fed stimulus weakened bond prices.

"The dollar is well bid, and it's been well bid since the middle of last week," said Marc Chandler, chief market strategist at Bannockburn Global Forex in New York.

"A combination of hawkish comments from several Federal Reserve officials and the second monthly increase of more than 900,000 jobs has reaffirmed what the market has suspected, and that is for a tapering decision to be made shortly."

U.S. job openings hit a record high in June while hiring also increased, the Labor Department said in a monthly survey on Monday.

On Friday, the department's non-farm payrolls report showed jobs increased by 943,000 in July, above the 870,000 forecast by economists in a Reuters poll.

Atlanta Federal Reserve Bank President Raphael Bostic said on Monday the U.S. economy is improving faster than expected, with the time when the Fed could start slowing its bond purchases nearing quickly.

Investors will be looking for signals from the Fed at the annual Jackson Hole conference of central bankers this month. They also await further economic data. U.S. consumer price data is due on Wednesday.

The euro is near a key level against the dollar at $1.17, and the next key level lower for the currency would be $1.16, which is "where we were when the early election results were coming in last November," Chandler said, referring to the U.S. presidential election.

The dollar was also up 0.2% versus the Swiss franc, extending recent gains.

Investors continue to be worried about growth in China and the fast-spreading Delta variant of the coronavirus.

Germany's ZEW survey found investor sentiment deteriorated for a third month in a row in August, due to fears that rising COVID-19 infections could hold back the recovery in Europe's largest economy.

"The Delta variant (spread) is on the rise in the U.S., and some states are at record levels. It's a global phenomenon, and countries that looked to have done well in handling it, like in East Asia, are now bombarded by it. Sydney's in lockdown," Chandler said.

Against the U.S. dollar, the Aussie dollar was last up 0.3%.