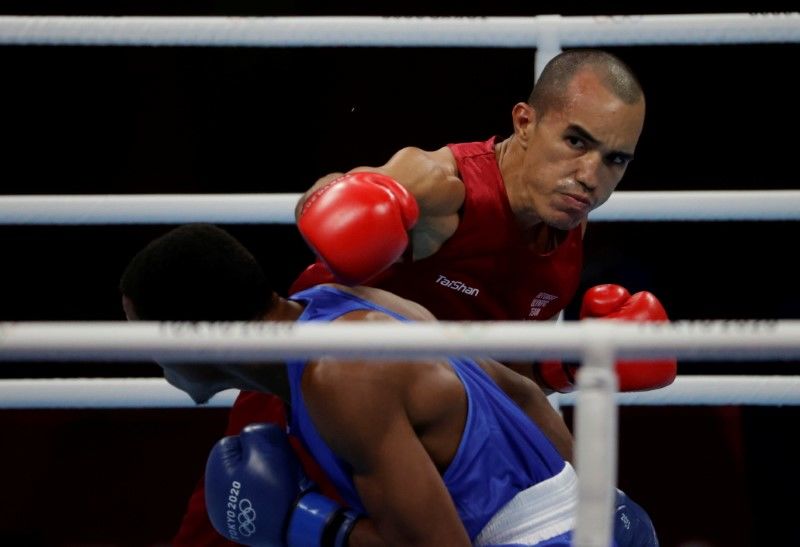 CARACAS (Reuters) - Venezuelan boxer Eldric Sella, who represented the Refugee Olympic Team at the Tokyo Games, said on Tuesday he will move to Uruguay after being unable to return to Trinidad and Tobago, where he had been living.

Sella lasted only 67 seconds in his first Olympic fight, leading him to apologize for his loss and generating a wave of solidarity among Venezuelans who him as an icon of the difficulties suffered under the country's economic crisis.

On Thursday, the 24-year-old published a photo on Instagram with the message "today I am blessed to start over in this country that without thinking twice opened the doors and gave me the keys to make this my new home (...) Thank you Uruguay!"

The U.N. High Commissioner for Refugees (UNHCR) said in late July it had been seeking to help Sella and his family. A UNHCR spokesman told Reuters on Tuesday that Uruguay had accepted the agency's petition to offer Sella resettlement, or the transfer of a refugee from an asylum country to another state and ultimately grant them permanent residence.

In a statement, Uruguay's foreign ministry said it had agreed to resettle a Venezuelan citizen at UNHCR's request, but did not name Sella.

Sella's father, Edward, said in an interview after the fight that Trinidad and Tobago would not allow him to return. It was not immediately evident why he could not return.

Venezuela's information ministry did not immediately respond to a request for comment. Foreign Minister Jorge Arreaza said in July that Sella was "not a refugee" and could return to Venezuela.