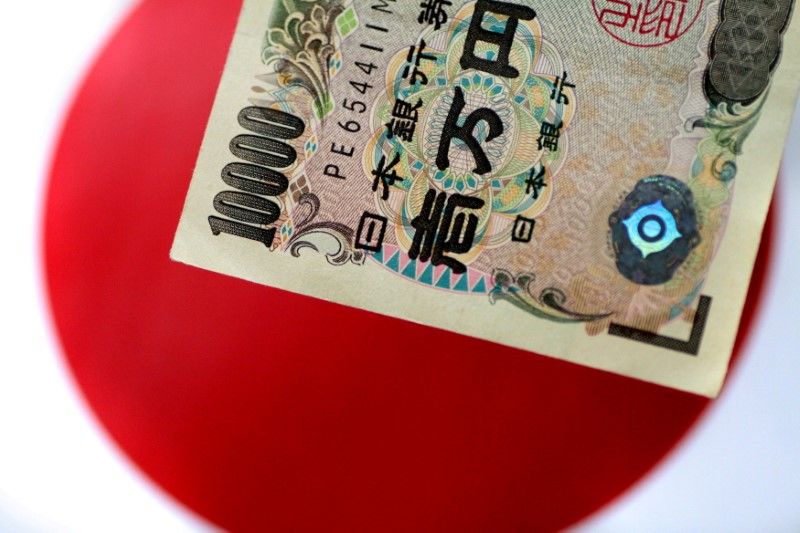 TOKYO (Reuters) -The total amount of money circulating in Japan rose at the slowest annual pace in more than a year in July, as firms and households saw less need to hoard cash with the economy gradually emerging from the shock caused by the COVID-19 crisis.

But the average amount of cash, at 1,169 trillion yen ($10.6 trillion), continued to hit a record high for five straight months, as the central bank continued to print money to cushion the economic blow from the COVID-19 pandemic.

Japan's M2 money stock, a measurement on the total amount of money available in the economy, rose 5.2% in July from a year earlier, Bank of Japan data showed on Wednesday, slowing from a 5.8% gain in June. It was the smallest annual increase since the 5.1% uptick in May last year.

Last year, companies scrambled for loans to ensure they had enough cash at hand to weather slumping sales from the pandemic.

The slowdown in cash demand is a sign firms and households were no longer feeling an imminent need to hoard cash as the economy normalises from last year's COVID-induced shock.

The M3 money supply rose 4.6% in July after a 5.1% gain in June, also marking the slowest annual pace since May last year.

The slowdown was largely a reaction to last year's surge in the BOJ's money printing aimed at easing corporate funding strains caused by the coronavirus pandemic.

Cash in circulation rose 3.3% in July from a year earlier, slowing from last month's 3.8% gain. Deposits rose 8.7% in July after increasing 9.2%, the data showed.

Japan's economy is emerging from the pandemic's initial hit thanks to robust exports, though slow vaccinations and a resurgence in infections have weighed on private consumption.

The BOJ last year created a loan scheme aimed at channeling money to cash-strapped small firms affected by the pandemic. While the scheme runs through March next year, growth in bank lending has recently slowed as more firms emerge from a cash crunch.