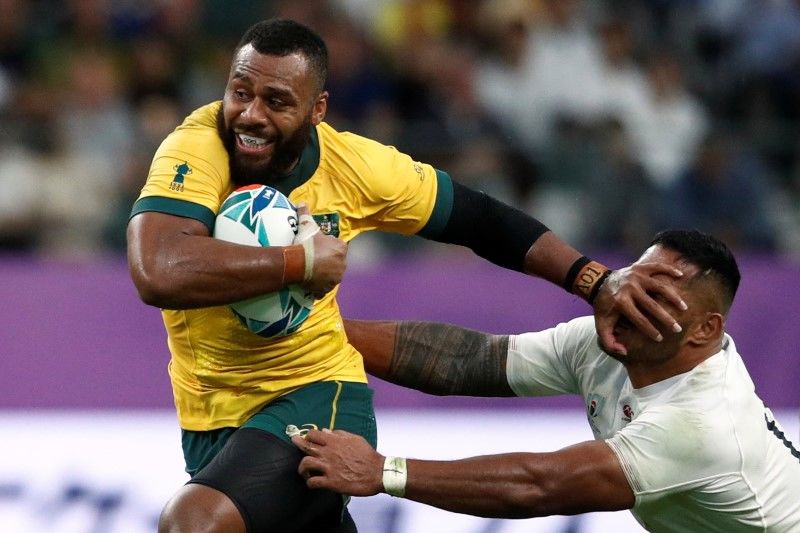 MELBOURNE (Reuters) - Australia coach Dave Rennie is poised to revive Samu Kerevi's test career after the midfielder missed out on an Olympic medal with the country's rugby sevens team at the Tokyo Games.

Fiji-born Kerevi is set to rejoin the Wallabies squad for the Rugby Championship after arriving in Australia from Japan, where he has been based for the past two years.

With 33 test caps, Kerevi fails to meet the 60-cap threshold required of overseas-based players to be eligible to play for Australia -- the so-called 'Giteau Law'.

However, Rennie is permitted two exemptions from the rule, allowing Kerevi to return as a potential replacement for Hunter Paisami, who may need to leave the squad to be with his pregnant partner in a few weeks' time.

"He showed really good commitment to want to come back for the Olympics, he’s in great nick and in light of our COVID situation, the board approved the request to strengthen the depth of the squad," Rugby Australia boss Scott Johnson told the Sydney Morning Herald of Kerevi.

"Once he’s in the squad, he’s fighting for a spot. He’s got the right to that. He’s not in there to hold tackle bags. We want everyone competing in that squad."

Rennie has already used one of his exemptions on uncapped utility back Duncan Paia’aua, who has joined the squad after playing for French side Toulon.

Australia places limits on the eligibility of overseas-based players to represent the country to encourage more to stay home and support domestic rugby.

Pundits have urged Rugby Australia to do away with the curbs, saying they have done little to prevent a player drain to more lucrative overseas markets while weakening the Wallabies' playing stocks.

Australia play New Zealand in their Rugby Championship opener in Eden Park on Saturday, which also doubles as the second match of the Bledisloe Cup series contested by the trans-Tasman nations.

The All Blacks won the first Bledisloe test 33-25 at Eden Park last Saturday.

(Reporting by Ian Ransom in Melbourne; Editing by Michael Perry)