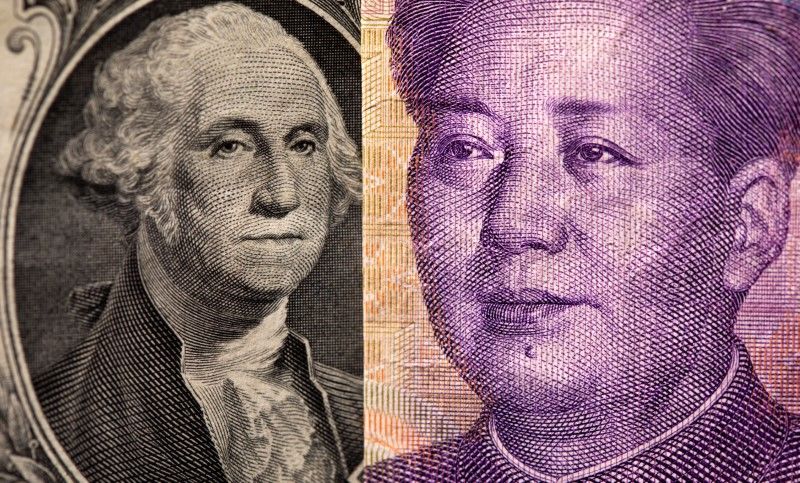 FILE PHOTO: U.S. one dollar and Chinese Yuan are seen in this illustration taken May 7, 2021. REUTERS/Dado Ruvic/Illustration

NEW YORK (Reuters) - The dollar fell on Wednesday after U.S. inflation data showed consumer price increases eased in July, taking some pressure off the Federal Reserve to begin scaling back the monthly bond purchases that are part of its toolbox to support the economic recovery.

Economists polled by Reuters had forecast overall CPI would rise 0.5% and core CPI 0.4%.

While prices are still rising, the Fed has said it expects inflationary pressures to moderate over time as supply catches up with demand following months of COVID-19 lockdowns.

"The CPI report was enough to cause a bit of profit taking for the U.S. dollar, but at the end of the day, it's not a game changer for the Fed," said Kathy Lien, managing director at BK Asset Management. "They're still going to be announcing taper,” likely within the next six weeks.

The greenback had enjoyed a lift from last week's better-than-expected U.S. jobs data, as well as from remarks by Fed officials about tapering bond purchases and, eventually, raising rates, sooner than policymakers elsewhere.

Looking forward, the Fed will depend on data when it comes to the timing of the dialing back of its asset purchases, said Edward Moya, senior market analyst at OANDA.

"It's all going to be all about next month's employment report and if that does not impress, tapering, as far September goes, might even get pushed out towards the end of the year," he said.

In Europe, investor sentiment has declined, with a survey showing a third straight month of deterioration in Germany as rising global COVID-19 cases keep markets on edge.

"Investors have to take on board the possibility of news on Fed tapering at a time when COVID is still very apparent in various parts of the world," said Rabobank analyst Jane Foley.

"The consequence of this is likely to be a firmer dollar," she added, especially if the euro breaches its 2021 low.

The yen was up 0.12% at 110.445, after dropping for five consecutive sessions against the dollar.

The Australian dollar and the New Zealand dollar , seen as riskier currencies, rose after the U.S. CPI report, last up 0.33% and 0.5% respectively.