Inoculations reach half of Cambodians as vaccine diplomacy intensifies 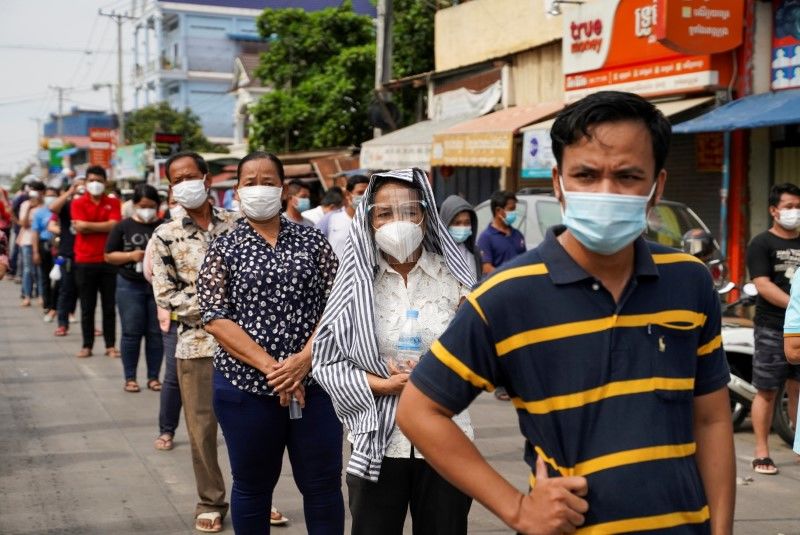 PHNOM PENH (Reuters) - Cambodia has administered at least one coronavirus vaccine dose to half of its population, among the highest rates in Asia, official data showed on Wednesday, with vaccine diplomacy playing a key part in its success.

Cambodia, an ally of China and one of Asia's poorest countries, started inoculations with Chinese-made vaccines in February, while millions of doses provided by the United States, Japan and Britain have arrived in recent weeks.

Of Cambodia's more than 16 million people, 8.3 million have received at least one dose, while 6.4 million of those have received both required shots.

The rate is similar to Malaysia's 49.4% receiving a first dose, but higher than the 25% of the population in neighbouring Thailand and 12% of people in Vietnam.

China has provided 18.7 million doses to Cambodia, of which 3.2 million were donations, according to the Chinese embassy.

The United States announced this week it would provide Cambodia with an additional $4 million in urgent assistance after donating one million doses of Johnson & Johnson's vaccine through the COVAX vaccine-share initiative.

Sebastian Strangio, an author and expert on China's relationship with Southeast Asia, said whether by intention or happenstance, Cambodia has done well from international competition.

"Cambodia has also benefited from the fact that it is a developing country, making it eligible for access to vaccines via the COVAX facility," Strangio said by email.

"Many outside observers, particularly in the U.S., will no doubt view Cambodia's vaccine progress through the lens of the country's close relationship with China – and clearly, Chinese largess is to explain for a good amount of the country's achievement."