At least 65 killed in Algerian wildfires, Greece and Italy burn

ATHENS/ALGIERS (Reuters) - Exhausted Greek firefighters battled blazes for a ninth day on Wednesday amid sweltering temperatures that also helped stoke wildfires in Algeria, where at least 65 people died, and in southern Italy.

From Turkey to Tunisia, countries around the Mediterranean have been seeing some of their highest temperatures in decades, as the United Nations climate panel this week warned that the world was dangerously close to runaway warming.

Greece, in the grip of its worst heatwave in three decades, evacuated around 20 villages on the Peloponnese, though ancient Olympia, site of the first Olympic Games, escaped the inferno.

About 580 Greek firefighters, helped by colleagues from France, Britain, Germany and the Czech Republic, were battling blazes in Gortynia, near Olympia.

Flare-ups continued to ravage Evia, Greece's second-largest island, just off the mainland east of Athens and scene of some of the worst devastation in the past week.

"If helicopters and water bombing planes had come right away and operated for six, seven hours, the wildfire would have been put out in the first day," said cafe owner Thrasyvoulos Kotzias, 34, gazing at an empty beach in the resort of Pefki on Evia.

Prime Minister Kyriakos Mitsotakis has called it a "nightmarish summer" and has apologised for failures in tackling some of the more than 500 wildfires that have raged across Greece.

'OUR IDENTITY IS TURNING TO ASHES'

At the other end of the Mediterranean, Algeria's government deployed the army to help fight fires that tore through forested areas in the north of the country, killing at least 65 people, including 28 soldiers.

The worst hit area has been Tizi Ouzou, the largest district of the mountainous Kabylie region, where houses have burned and residents fled to shelter in hotels, hostels and university accommodation in nearby towns.

Firefighters said on Twitter they had carried out more than 3,000 operations in Sicily and Calabria in the last 12 hours, deploying seven planes to try to douse the flames.

"We are losing our history, our identity is turning to ashes, our soul is burning," a local mayor in Calabria, Giuseppe Falcomata, wrote on Facebook, after a 76-year-old man died when flames engulfed his house.

A 30-year-old man died close to the city of Catania when his tractor overturned as he was carrying water to put out flames, local media reported.

Turkey has also suffered nearly 300 wildfires over the past two weeks which have devastated tens of thousands of hectares of woodland, though only three were reported still burning as of late Wednesday.

Turkey's northern coast, however, faced a different challenge - floods after unusually heavy rainfall that tore down a bridge and left villages without power.

The wildfires are not limited to the Mediterranean region. California has suffered the second-largest wildfire in its history that by late on Sunday had covered nearly 500,000 acres (2,000 sq km).

The U.N. climate panel published a report on Monday that said greenhouse gases in the atmosphere were high enough to guarantee climate disruption for decades if not centuries. 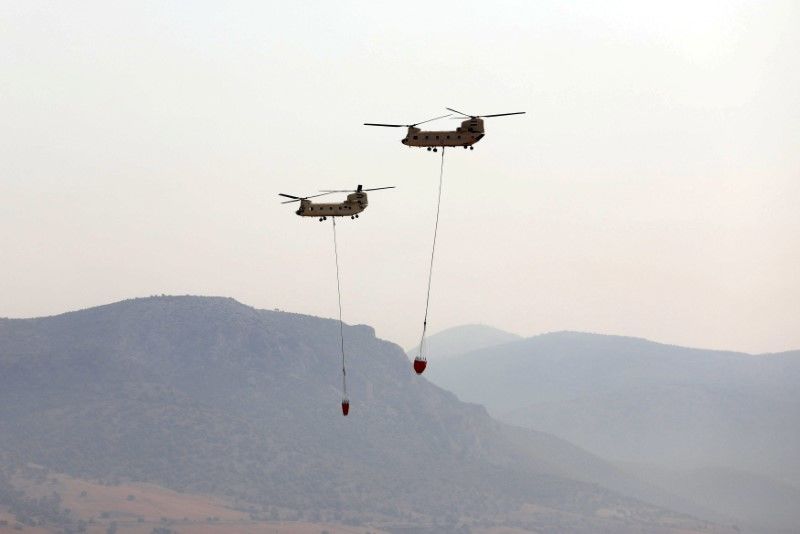 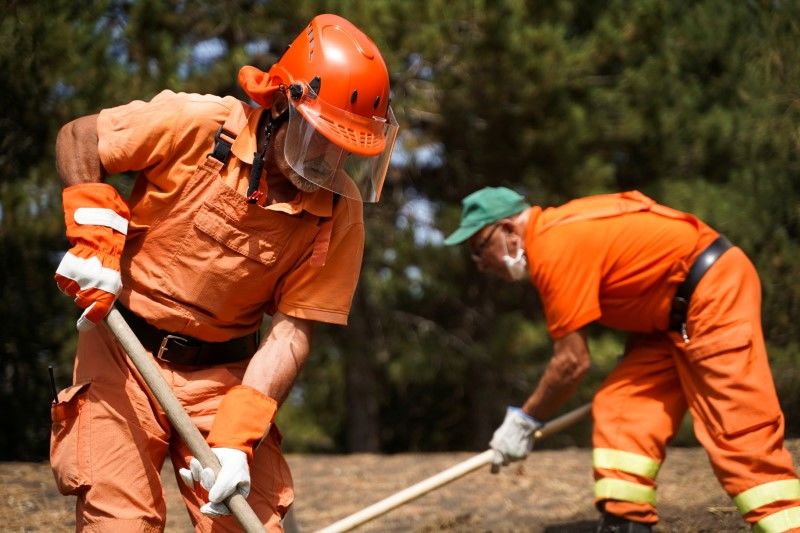 FILE PHOTO: Forest Guard workers dig the ground as they make preparations for possible wildfires as temperatures are expected to continue to peak at over 40 degrees Celsius during a heatwave across southern Italy, in Monte Vetore on Mount Etna, Italy, August 11, 2021. REUTERS/Antonio Parrinello 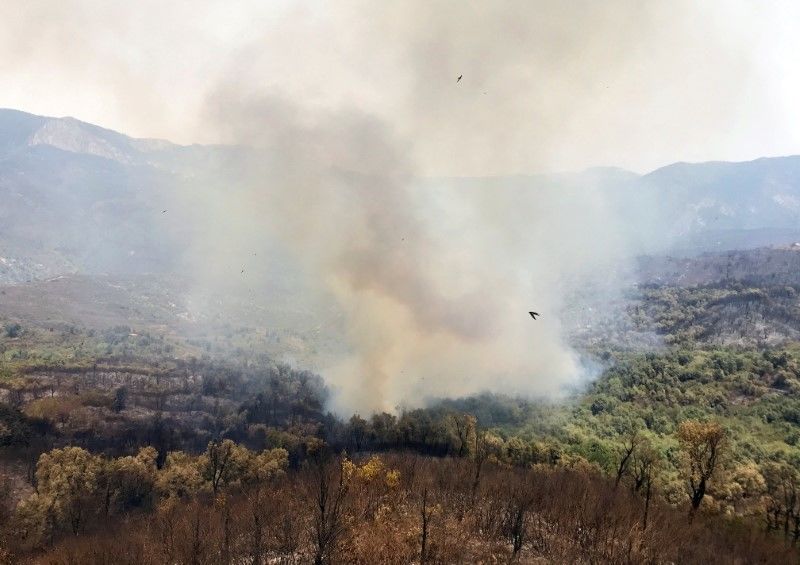 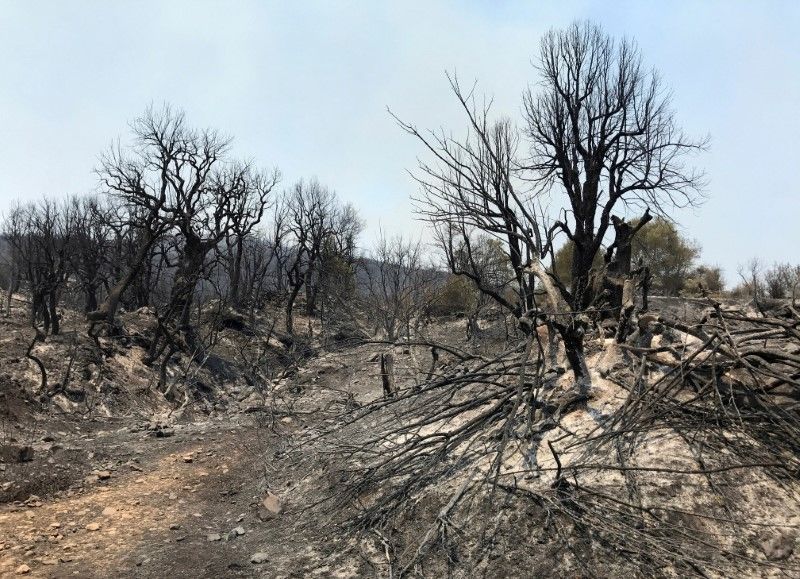