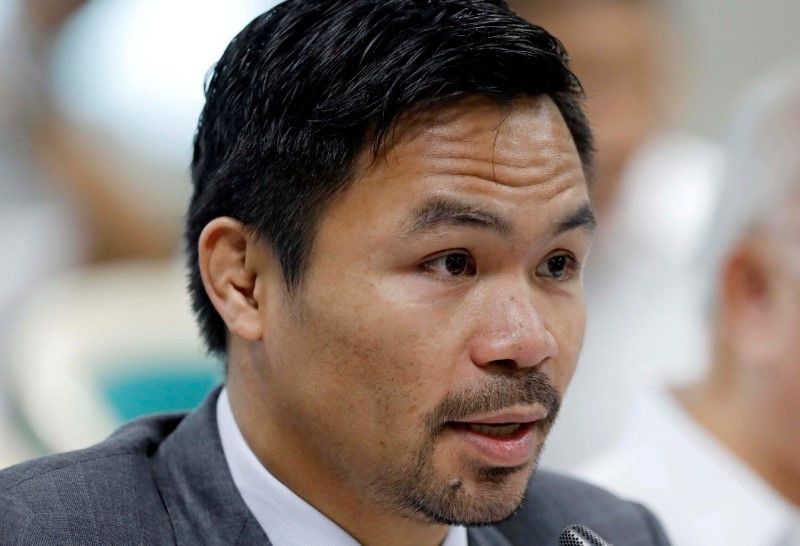 (Reuters) - Manny Pacquiao said on Wednesday that Cuban Yordenis Ugas, who agreed to put his WBA welterweight championship belt on the line against the Filipino southpaw on short notice, is not to be underestimated.

Pacquiao was preparing to fight WBC and IBF welterweight champion Errol Spence, Jr. on Aug. 21 in Las Vegas but a retinal tear forced the American to withdraw and on Tuesday Ugas was announced as Pacquiao's new opponent.

Ugas (26-4, 12 KOs) beat American Abel Ramos for the vacant WBA regular welterweight title last September and was elevated to WBA super champion after Pacquiao was stripped of the belt because of inactivity given he had not fought since July 2019.

"This fight is not an easy fight," eight-division champion Pacquiao said in a virtual news conference. "Ugas is a champion, took my belt and we have to settle it inside the ring.

"I never take him lightly because he is a kind of fighter that you better not underestimate. This is going to be a good fight also."

Ugas, who won a bronze medal at the 2008 Beijing Olympics, has established himself as an elite welterweight since returning from a layoff in 2016.

The 35-year-old Cuban has won 11 of his last 12 fights, the only defeat a controversial split decision loss to American Shawn Porter in March 2019.

Ugas was originally set to make his first title defence against Fabian Maidana on the Aug. 21 undercard but the Argentine also withdrew through injury, which opened the door for Ugas to be promoted from the undercard to the main event.

Ugas said that even though he understands Pacquiao is the favourite he is has full confidence in himself to come out with a victory in what he called the biggest fight of his life.

"This means the world to me," Ugas said during the virtual media availability. "I am fighting not for the money but for my legacy, for my country, for my own story that's going to be told.

"That's why this is the most important fight of my life."