Toshiba returns to Q1 profit on demand for automotive chips 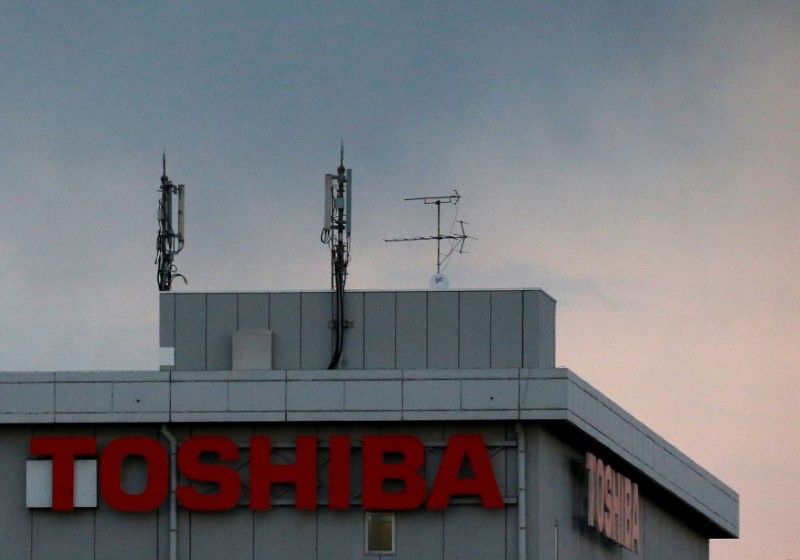 TOKYO (Reuters) -Toshiba Corp said on Thursday it swung back to profit in the first quarter, as sales of automotive chips and hard disk drives recover from a pandemic-driven slump in demand.

The scandal-hit Japanese conglomerate also said it has been working on the selection of candidates for a permanent CEO and board chairman.

Satoshi Tsunakawa, a veteran Toshiba executive who has taken on both positions in an interim capacity, told reporters he hopes an extraordinary shareholders meeting to appoint a new board chairman will be held by the end of this year.

Toshiba posted an operating profit of 14.5 billion yen ($132 million) for April-June, in line with estimates and reversing a year-earlier loss of 12.6 billion yen. It was its fourth consecutive quarter of operating profit. Sales jumped 21%.

Its estimate of 170 billion yen in operating profit for the full year was unchanged.

An independent investigation in June concluded https://www.reuters.com/world/asia-pacific/independent-probe-says-toshiba-agm-last-year-was-not-fairly-managed-2021-06-10 Toshiba colluded with Japan's powerful trade ministry to block investors from gaining influence at last year's general meeting - an explosive finding that resulted in the ouster of its board chairman.

Toshiba's previous CEO left in April over controversy about a $20 billion buyout bid from CVC Capital Partners that the conglomerate dismissed, angering some shareholders. That in turn has prompted Toshiba to promise a strategic review.

Tsunakawa said Toshiba was working on the review and reiterated it was open to take-private bids although it has not received any other offers.

Toshiba plans to announce a new midterm business plan in October as it is still struggling to build new profit drivers after the sale of the prized memory chip unit and the bankruptcy of the U.S. nuclear business - both of which occurred in the wake of accounting scandals.