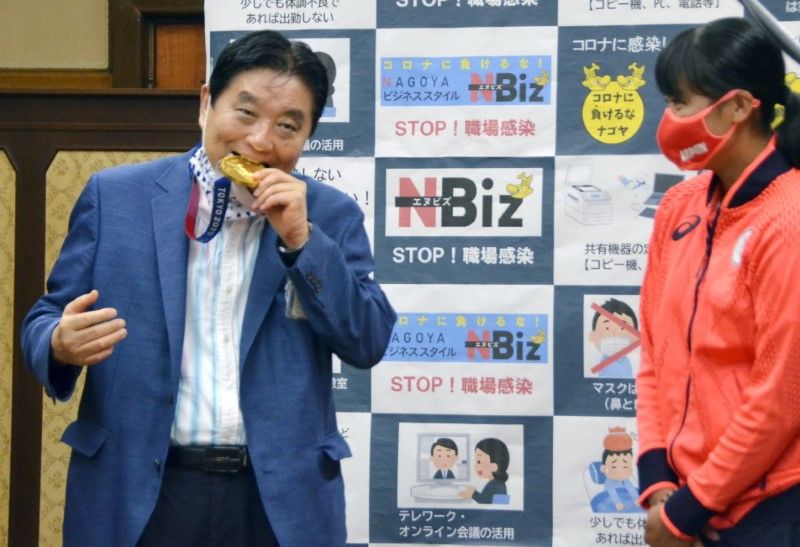 TOKYO (Reuters) - A member of Japan's gold medal-winning softball team will have her medal replaced with a fresh one after the mayor of her hometown chomped down on the original, Tokyo 2020 organisers said on Thursday, following an outcry on social media.

At an event held last week to celebrate Miu Goto's achievement at the Tokyo 2020 Games, Takashi Kawamura, mayor of central Japan's city of Nagoya, pulled down his mask and put her gold medal between his teeth.

"With support from the International Olympic Committee and in line with her own intention, Ms Goto's medal is now set to be exchanged for a new one," Tokyo 2020 organisers said, adding that the IOC will bear the cost of the exchange.

The mayor received a wave of criticism on social media for disregarding coronavirus etiquette and was accused of showing a lack of respect for her feat. There was even a rare rebuke from Toyota Motor Corp, which owns the Red Terriers softball team that Goto plays for.

Goto or Kawamura were not immediately available for comment.