Debt in a warm climate: coronavirus and carbon set scene for default

(Corrects title in final paragraph, no other changes to text)

By Dhara Ranasinghe and Karin Strohecker

LONDON (Reuters) - Where COVID-19 has precipitated unprecedented debts, climate change could trigger defaults across a planet which a United Nations panel says is dangerously close to runaway warming.

To avert disaster, countries are committing to carbon cutting steps. But these will be costly and likely to add to a global debt pile which asset manager Janus Henderson estimates ballooned to $62.5 trillion by the end of last year.

With floods and wildfires devastating the world, estimates vary on how much damage warming will inflict on its economy.

But a report earlier this year by BofA put it at $54-69 trillion by 2100, which compares to a valuation of the entire global economy of around $80 trillion.

The financial repercussions could manifest themselves in under a decade, a study by index provider FTSE Russell warns.

In a worst-case "hot house world" scenario developing countries including Malaysia, South Africa, Mexico and even wealthier economies such as Italy may default on debt by 2050.

In another, where governments are initially slow to react, states including Australia, Poland, Japan and Israel, will be at risk of default and ratings downgrades too, the study concluded.

While developing countries are inherently more vulnerable to rising sea levels and drought, richer ones will not escape the climate change fallout, such studies show.

"You can talk about climate change and its impact and it won't be long before someone talks about Barbados, Fiji, or the Maldives," Moritz Kraemer, chief economist at Countryrisk.io and former head of sovereign ratings at S&P Global.

"What was a surprise to me is the impact on higher-rated, richer countries," Kraemer added.

Another study by a group of universities including Cambridge concluded that 63 countries – roughly half the number rated by S&P Global, Moody's and Fitch - could see credit ratings cut by 2030 because of climate change.

China, Chile, Malaysia, and Mexico would be the hardest hit with six notches of downgrades by the end of the century, it said, while the United States, Germany, Canada, Australia, India, and Peru could see around four.

The corresponding increase in borrowing costs would add $137–$205 billion to countries' combined annual debt service payments by 2100, this study estimated.

Ratings downgrades typically raise borrowing costs, especially if they cause countries to be ejected from bond indexes tracked by funds managing trillions of dollars.

Developed countries are ramping up spending to temper climate damage, with Germany creating a 30 billion euro recovery fund after recent floods, while Singapore is budgeting the equivalent of $72 billion to protect against rising sea levels in the next century.

For emerging economies, already scarred by COVID-19, the climate crisis will heap on more pressure.

The International Monetary Fund (IMF) warns that a 10 percentage-point rise in climate change vulnerability, as measured by the Notre Dame Global Adaptation Initiative index, is associated with an increase of over 150 basis points in long-term government bond spreads for developing nations.

The average rise across all countries was 30 bps.

The U.N. environment programme estimates that in developing countries, annual adaptation costs will be as much as $300 billion in 2030, rising to $500 billion in 2050.

As a percentage of gross domestic product, sovereign debt is still about 60% in emerging economies, data from the Institute of International Finance (IIF) shows, versus 100% or so in the United States and Britain, and 200% in Japan,.

The rise from pre-pandemic levels of around 52% is a particular concern. European, U.S. and Japanese central banks are essentially underwriting state borrowing, but this is not possible in poor countries, who must ultimately repay debt.

"How do you enable the sort of funding that is required given the high debt levels and the importance of the ratings frameworks?" Sonja Gibbs, managing director and head of sustainable finance at the IIF, said. 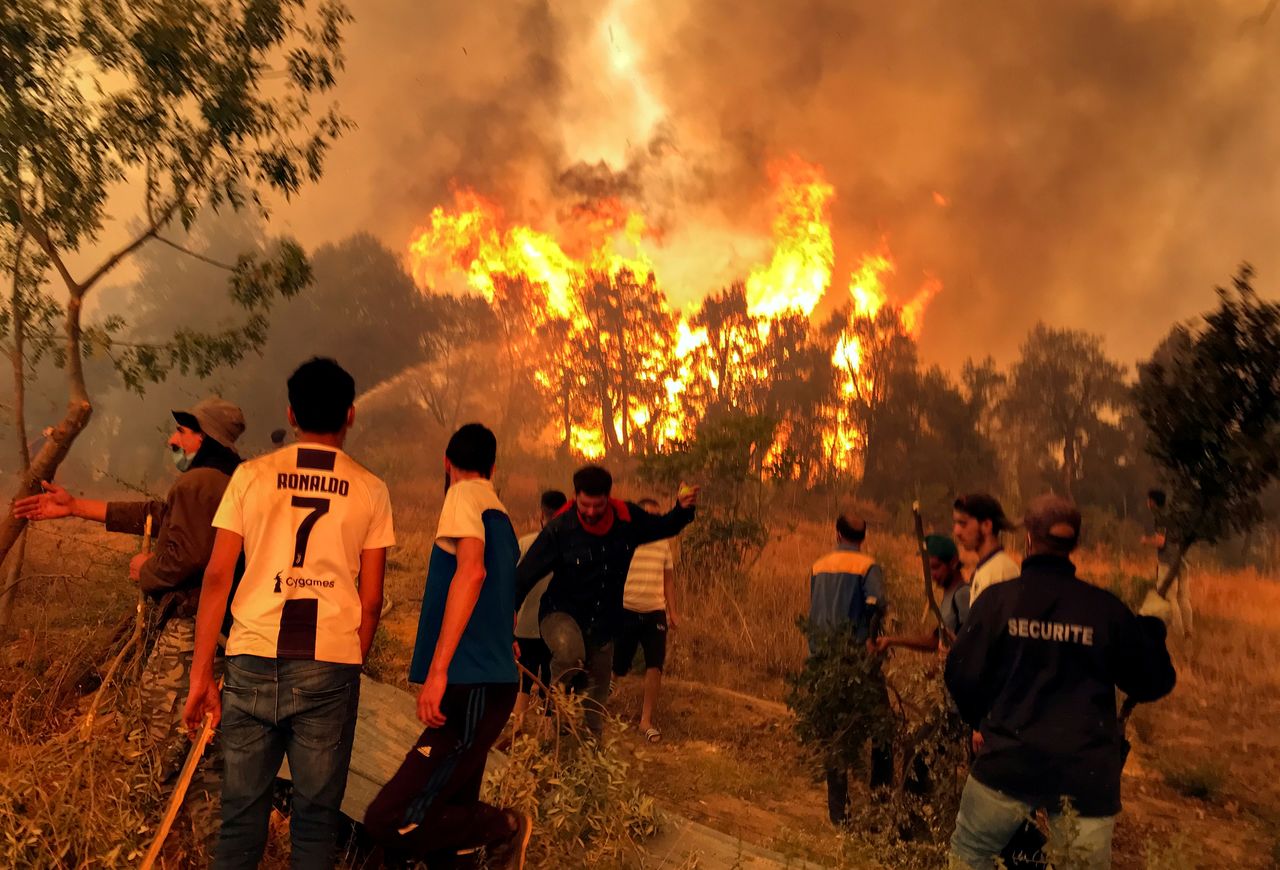 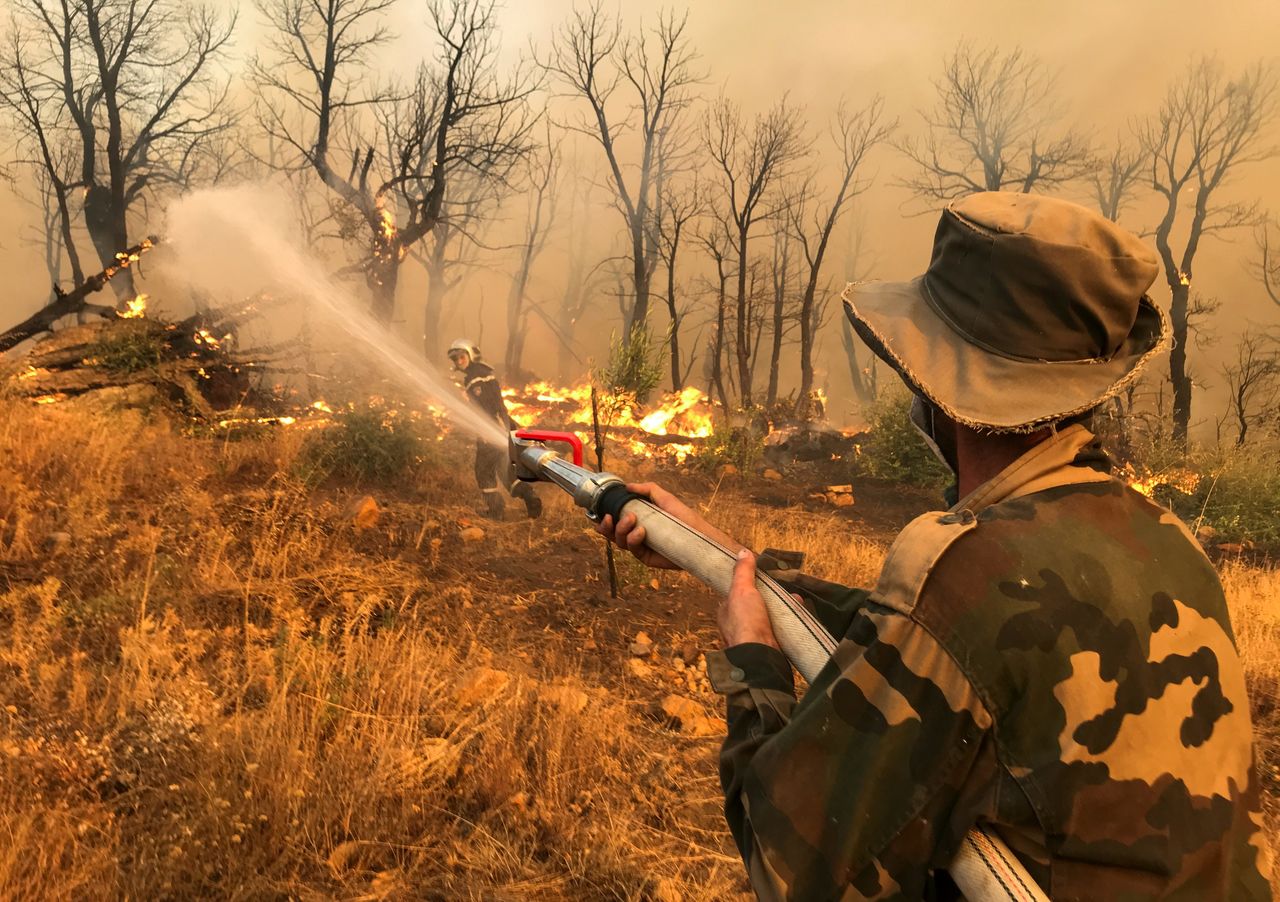 FILE PHOTO: A man uses a water hose in an attempt to put out a fire, in Achallam village, in the mountainous Kabylie region of Tizi Ouzou, east of Algiers, Algeria August 11, 2021. REUTERS/Abdelaziz Boumzar/File Photo 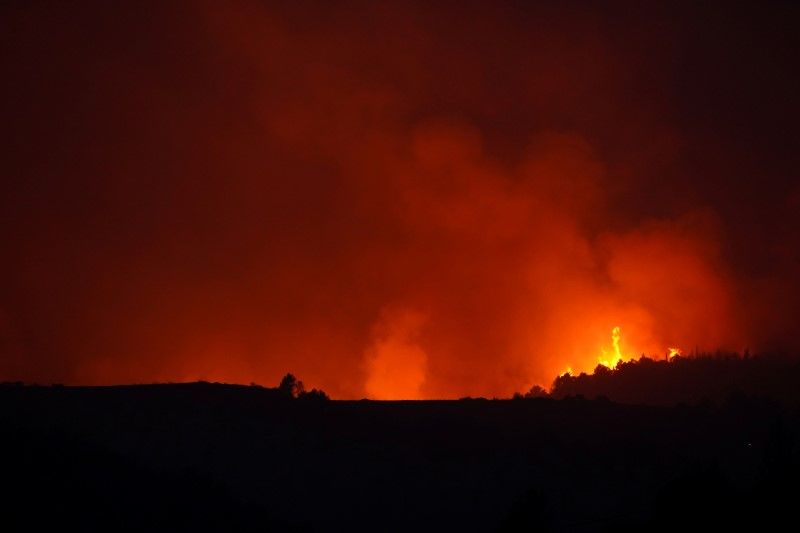